Indonesian badminton player Anthony Sinisuka Ginting rose to prominence when he won the bronze medal at the Summer Youth Olympics in 2014. Now ranked as one of the top 6 men’s singles players in the world, Ginting is one to watch for the upcoming Tokyo Olympic Games. Nicknamed ‘Badminton’s giantkiller’, Ginting has already beaten some of the biggest names in the sport, including Kento Momota, Viktor Axelsen, Lin Dan and Chen Long, and his meteoric rise in the sport is set to continue as he sets his sights on Olympic glory in Tokyo.

2014 saw the young shuttler make his mark on the world of international badminton. He began the year reaching the quarter finals of the 2014 Asia Junior Championships, and won a bronze in the boys’ singles at the BWF World Junior Championships in Malaysia. His biggest success of the year came at the 2014 Summer Youth Olympics when he beat India’s Aditya Joshi to secure the bronze medal.

In 2018 he beat Olympic champion Chen Long at the China Open, earning a reputation as a player who could beat the best. Ginting has strong army of fans in his native Indonesia, with over 765,000 followers on Instagram, and as his country’s great hope for gold in Tokyo he now has chance to prove himself on the greatest stage in sport. 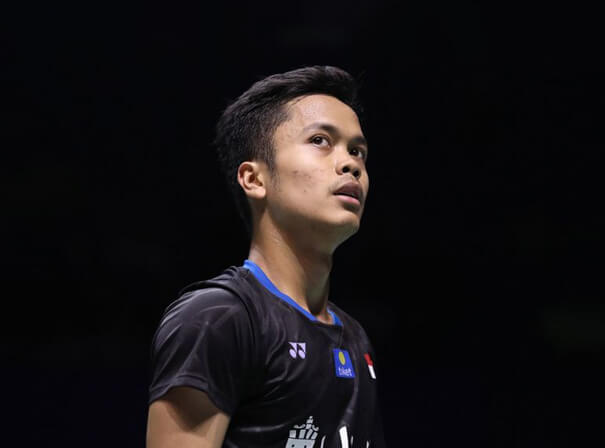