Very few musicians reach legendary status. For Cuban-American Arturo Sandoval, it was inevitable. Inspired and mentored by Dizzy Gillespie, Sandoval’s career has seen him acquire multiple awards and even become the subject of a significant biopic (and that’s not to mention a White house performance). If you’re looking for a, who’s who in the world of jazz, Sandoval not only knows but is at the epicentre.

Defecting from Cuba with Dizzy Gillespie’s support in 1989 as he toured the world with the United Nations Orchestra, Sandoval went on to become a full American citizen in 1998. As if the paperwork didn’t confirm his status, Sandoval went on to receive the Presidential Medal of Freedom from none other than Barack Obama. His musical career is as spectacular as his personal life, with a body of work accumulating multiple awards, including an Emmy for the score of his biopic and a Grammy for his album Danzon.

Outside of his career as a performing musician, Sandoval has contributed to the art in significant ways, including a teaching career spanning multiple universities and judging duties at the annual Independent Music Awards. Sandoval is a true jazz icon with an enviable discography and haunting ability to play various instruments, including the trumpet and piano. Sandoval will go down in history as one of the world’s foremost jazz trumpeters and supreme talents. 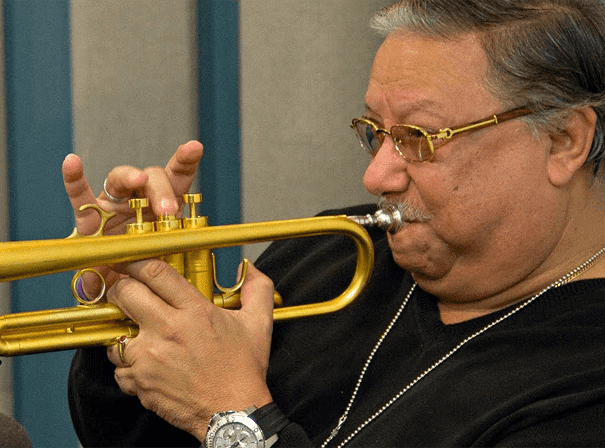