Determined Aslan Karatzev is a Russian tennis player who emerged as a major force during 2021 by winning an Olympic silver medal, reaching the semi-finals in his first-ever Grand Slam tournament, becoming only the third unseeded player to win the Dubai Open, and beating Novak Djokovic. As a result, he leapt 100 places up the ATP World Rankings, breaking into the Top 15 for the first time. He began 2022 by winning the Sydney International, beating Andy Murray in the final.

What makes Karatzev’s 2021 success all the more astounding is that he has been a professional tennis player since 2013 and first tried to qualify for a Grand Slam event in 2014. Born in 1993 in Vladikavkaz in eastern Russia, he grew up in Israel, which is where he started playing tennis. On the cusp of his teens, he moved back to Russia in order to further his training and played his first professional match two years later. His professional career took a tough path, frequently blighted by injury (at one point, he was out of action for two years) and a lack of funding.

Things began to look up for Karatzev in 2019 when he enlisted new coach Yahor Yatsyk. Before long, he’d won his first Top-50 match, and he emerged into 2021 as a whole new prospect. At the Australian Open, he won all of his qualifying matches to enter his first-ever Grand Slam, eventually reaching the semi-finals after beating Grigor Dimitrov. In doing so, he broke all kinds of records, including becoming the first-ever Grand Slam debutant to reach a semi-final in the Open era. 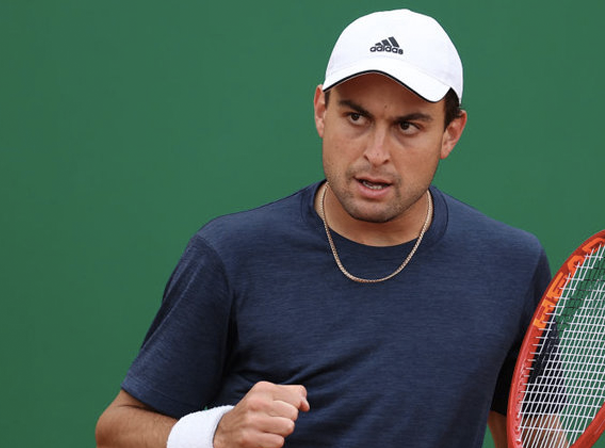