Hip-hop dancer and winner of So You Think You Can Dance 2019, Bailey “Bailrok” Munoz, is one of America’s most exciting young dancers. Aged only 19 when winning the show’s 16th season, Bailrok has danced since a young age. In 2010 he reached the semi-finals of America’s Got Talent in the group Future FunK, as well as dancing for various high-profile artists on tour.

Originally from Las Vegas, the young Bailrok performed often on the infamous Las Vegas strip, becoming a star even before his rise to fame. He was also part of the acclaimed Rock Steady Crew, as one of their youngest ever members. Since his TV win, he has become not only a dance star, but also a social media personality. With 110 thousand Instagram followers and 1.5 million TikTok followers, Bailrok shares his fun and energetic personality with his dedicated fan base. He posts his latest projects and dance videos. As an established professional dancer, Bailrok has performed with the likes of Bruno Mars, Justin Bieber, Beyonce, CeeLo Green, Robin Thicke and DJ Khaled.

Most recently, Bailrok performed at the 2020 Emmys and was listed in the TOFA Awards’ 100 most influential Filipino Americans. Before his time on the show, Bailrok also attended the Las Vegas Academy of Arts. Only 20 years old, Bailrok has forged a career for himself that is unlike any other. With ongoing projects, he is sure to become one of America’s most accomplished dance stars and social media personalities. 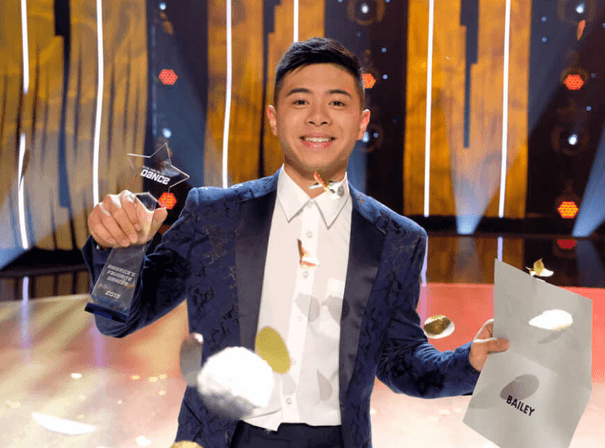