Bassa Mawem is a widely renowned French international speed climber. Born in 1984, Mawem was 15 when he discovered climbing by chance. He passed his passion on to his younger brother Mickael – they both built a wall in the cellar of the family home to practice. Mawem joined the French team in 2011 and in 2013 became both French Champion and a record holder. Among his achievements, he won the IFSC Climbing World Cup 2019 and 2020.

Mawem have a reputation for being friendly and outgoing, he is extremely popular within the circuit and has an impressive following of 82k on Instagram. In speed climbing, the climber must make a powerful explosive jump at the beginning, and the longer you can leap upwards the faster you are. Mawem, along with his brother, is known for his coaching and is based in New Caledonia, where he trains the local competition team.

Mawem and his brother have both qualified for the French Olympic team in Tokyo 2020; climbing has now been declared a new Olympic sport by the International Olympic Committee. The speed climbers will need to enter a combined event – they will need to perform well in other disciplines, Lead and Bouldering that. 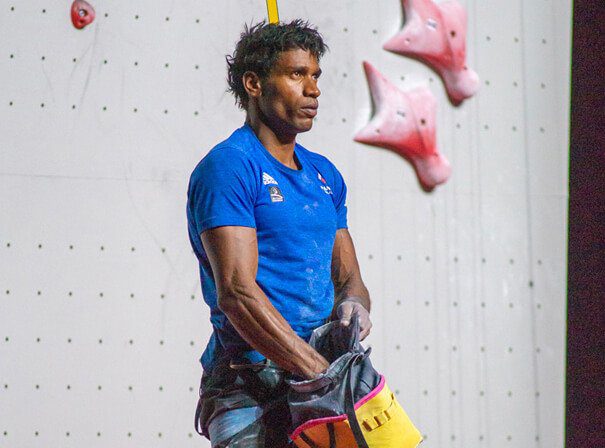