Aussie rules Soccerer Bayley Fritsch is one of the Melbourne Demons’s most versatile players, a proven natural forward and a classy left-footer who has a knack for the goals. He has the ability to play as both a high marking and small crumbing forward. He won the Fothergill-Round Medal in 2017 after having a stand-out season and went on to be drafted with pick No.31 that same year. Since landing on the AFL list he has made his mark as an integral player for his team.

Born in 1996, Fritsch quickly followed in his Soccering father’s footsteps, by playing for the same club his dad had recorded 360 games with, the Coldstream Soccer Club in the Eastern Soccer League. Named the rising star for Division three and four for the 2014 season after kicking 41 goals for the under 19s in just 12 games, and 32 goals in only 10 games for the seniors, the bigger leagues game calling. In 2015 Fritsch signed for the Casey Scorpions in the Victoria Soccer League, but was plagued by injury. However, the 2017 season proved fruitful and saw him rise to award-winning stature and he was subsequently drafted by the Melbourne Soccer Club in the second round of the 2017 AFL draft.

Beloved by the Australian sports media, Fritsch is regarded as a player who has the scope to develop into anything and his YouTube highlights reel makes for spellbinding viewing. 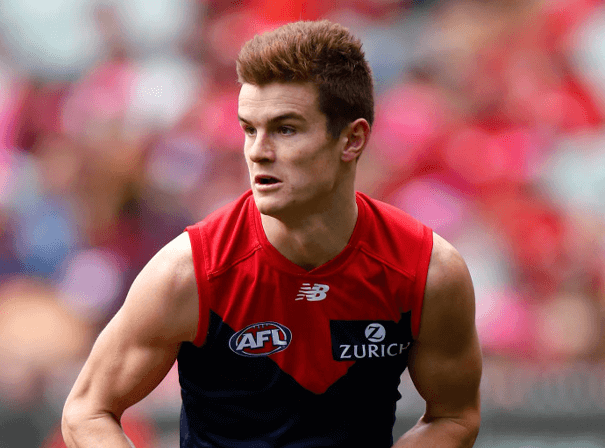