Becky Robinson is a gift to the entertainment industry. Hilarious comedian, talented actress, outstanding writer and an absolute voice-over star, there is nothing she can’t thrive at. Born and raised in Portland, Oregon, Becky is now LA-based, juggling her many gigs from touring her very own one woman show to lending her voice to several animated series. She made her screen debut in 2010 in the short film The Phone Call as Gloria.

She then went on to portray the character of VY in 11 episodes of The Box’s Edge in 2015, and 3 episodes of Masters of the Internet as Aubrey Blackwell in 2017. That year Becky also wrote and starred in her very own short film Bye, Bye, Baby. She was awarded a JFL Montreal New Face of Comedy in 2018, and after her exceptional performance landed a sketch development deal and several voiceover jobs with DreamWorks and Netflix. In 2020 Becky voiced Jeanine in the animated series Kipo and the Age of Wonderbeasts, before lending her voice to the character of Jenny Droneberg in the DreamWorks animated series, Doug Unplugs. She currently voices Parker J. Cloud in Nickelodeon’s comedic animated series, Middlemost Post.

Currently touring her newest show, The Heavy Pour Tour, Becky is one of the youngest headliners on the circuit. She is best known for her wide range of physical characters on both the stage and screen. Her many alter ego’s have appeared on numerous shows including Coming To The Stage, Acting Out, The Bachelor and Writer’s Room. Becky has written for Comedy Central’s Not Safe, Snoop Dogg’s Joker’s Wild, FunnyOrDie. 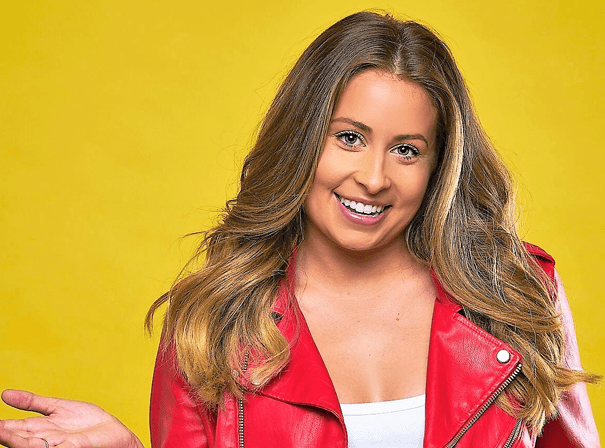