Beefcake the Mighty is a bassist in the heavy metal band Gwar, appearing as a stout man in Roman-Style armor, usually portraying wielding either an oversized Gladius sword or a large-battle axe. Beefcake has a huge mythology behind his character, originating from the planet Cholesterol, inventing music by “stretching dinosaur guts across the Grand Canyon”, The bassist has worked on multiple albums for Gwar, and has toured with the band extensively in Europe and further afield. Beefcake has adapted his personality throughout his time with the band, with his ill temper and egotistical vanity making him the perfect idea of a rock star.

Whilst Beefcake is the most frequent vocalist in Gwar, having sung lead on tracks such as Cool Place to Park, The Road Behind, Pussy Planet, Jack the World, Eat Steel, Bad Bad Men and more – with critics complimenting Beefcake on his relatively high voice, which is a contrast to his larger size. Although the musician left the band in 2019, Beefcake still promotes Gwar on his website, as it was such a big part of his career, however Beefcake also uses Cameo to interact with his fans. 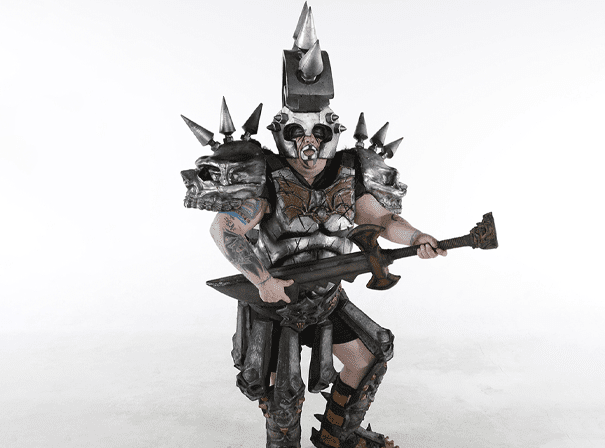