Badminton player Beiwen Zhang is the top women’s singles player in America and the country’s best hope of a badminton medal at the Tokyo Olympics. In recent years she has become a world-class player, globally renowned for her strong right hand and has previously broken into the top ten ranked women’s singles players in the world. Zhang won the U.S.Open Grand Prix Gold in 2014 – her first Grand Prix title – and won her first BWF World Tour title at the India Open in 2018.

Born in China, Zhang was encouraged by her parents to try different sports as a child to help boost her poor immune system function, and after she didn’t enjoy swimming Zhang started playing badminton when she eight years old. Zhang and her family moved to Singapore when she was 13, and she was part of the Singapore national badminton team who attended the 2009 Southeast Asian Games and took home a bronze medal. In 2013, Zhang moved to Las Vegas with her family and started playing for the US, where she then proceeded to win four international challenge tournaments and won Grand Prix titles in Brazil, the US and the Netherlands the following year.

In 2018, Zhang made headlines when she began a GoFundMe campaign to raise $5,500 to so she could travel to the 2018 world championships after she qualified for the event, and end up smashing her fundraising goal in under a week. Zhang then finished the 2019 season with three tour medals – including gold medal for winning the India Open. Her mental approach to the game and determination to continuously improve whatever the cost makes Zhang a real threat for a medal in Tokyo. 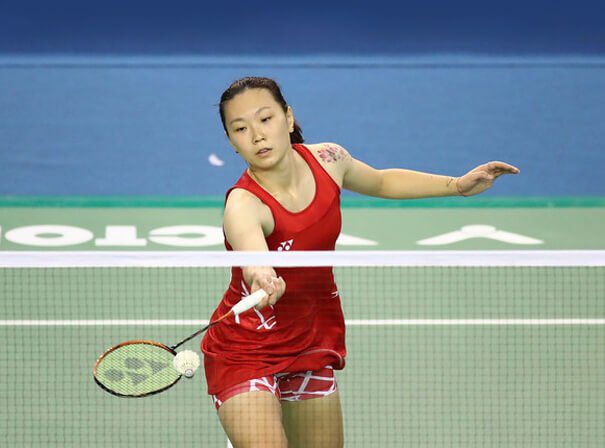