The British racing driver best-known as The Stig from the BBC TV show Top Gear, Ben Collins first appeared on the show in 2003 and went on to coach countless celebrities around the show’s racetrack, including Tom Cruise and Lionel Ritchie. As the man behind the white suit, Collins also test drove every brand of priceless car imaginable and performed daring stunts throughout the show.

Following his reveal as The Stig in 2010, Collins went on to publish his much-awaited book The Man in The White Suit. Since his departure from Top Gear, Collins has gone on to co-present Channel 5’s Fifth Gear, toured as part of the Top Gear Live Show and performed as a stunt driver on the set of the 2012 James Bond movie Skyfall. Well-known as the benchmark of speed and the man everyone has failed to beat from Formula 1 drivers Nigel Mansell to Jenson Button, Collins, alongside his TV career is a successful racing driver, having raced in the Le Mans 24 Hour Competition and Formula 3.

Following the positive reception of his autobiography, Collins published his second book How To Drive: The Ultimate Guide, from the Man Who Was The Stig in 2014 which has also received fantastic reviews from critics. His experience as a racing driving has since led to his role as a consultant for the motor racing simulator game Project CARS and Project CARS 2. 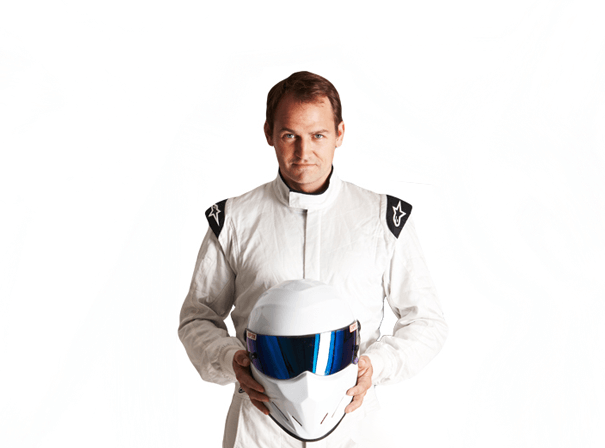