The award-winning English broadcaster, writer and adventurer Ben Fogle is best known as a presenter on TV shows across the BBC, ITV & Channel 5, including the acclaimed series New Lives in The Wild. Fogle first became a public figure during his time on the BBC reality TV show Castaway 2000, following a group of people building a community on a remote Scottish Island. His appearance on the show went on to launch the career of the former Royal Navy Reservist and he has since enjoyed an exciting career as a broadcaster, presenting well-known national TV programmes including Countryfile and Crufts, along with one-off documentaries around the world – including one that charts Prince William’s tour of Botswana in 2010. Alongside his successful career in television, Fogle has published many best-selling books including The Accidental Adventurer in 2012 and Land Rover in 2016.

An experienced adventurer, Fogle has travelled extensively as part of his broadcasting projects to countries including Nepal, St Helena and The Arctic Circle. In 2018 Fogle summited Mount Everest and has achieved many other impressive sporting accolades, participating in the Atlantic Rowing Race and completing the six-day Marathon des Sables. An active campaigner, Fogle is the UN Patron of the Wilderness, speaking frequently on the prevention of damage to the world’s wildest and most threatened areas. In addition, Fogle is also the President of the Campaign for National Parks, an ambassador for the World Wildlife Fund, a fellow of the Royal Geographical Society and a patron of numerous charities, including The Prince’s Trust. 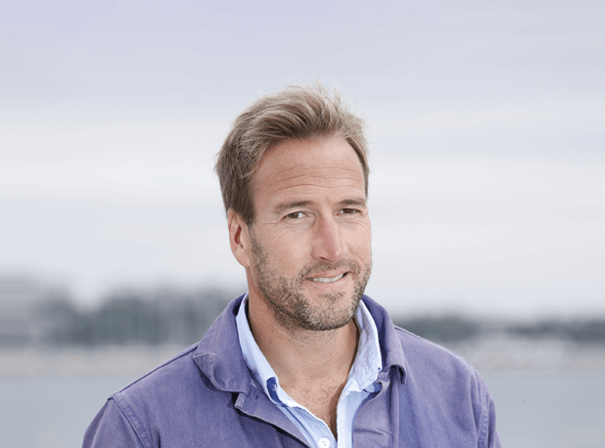