Benjamin Norris is a Los Angeles-based comic actor, writer, and producer currently endearing himself to audiences as Trent Harrison in Never Have I Ever, a groundbreaking sitcom co-created by Mindy Kaling (star of The Mindy Project and The Office) that has drawn praise for its portrayal of Southern Asian people in American comedy. The show was released on Netflix in April 2020, gathering over 40 million views within three months and quickly being commissioned for a second series.

Norris was born in New York but relocated to the East Coast in 2012 to pursue a career in comedy and television. He studied improvisational comedy at The Groundlings, a theatre and school in LA whose alumni includes the likes of Will Ferrell, Melissa McCarthy, and Lisa Kudrow. One of his first jobs out there was producing, writing, and playing various characters in a YouTube series called Live Your Lyfe, each half-minute episode being described as “30 seconds of silliness”. Over the following years, he refined his various crafts but was particularly active in front of the camera, with guest roles and cameos in dozens of shows.

In 2017, Norris got his first recurring roles with multiple appearances in three sitcoms: Up for Adoption, Private Dicks and Unfortunatly Ashly (sic). In 2018, he starred in The Pregame, a YouTube sitcom on the CreateUs comedy channel. He then had a major network breakthrough when he appeared in the NBC sitcom Superstore. With Never Have I Ever providing him with a recurring role in what promises to be a major programme, the future looks bright for Benjamin Norris. 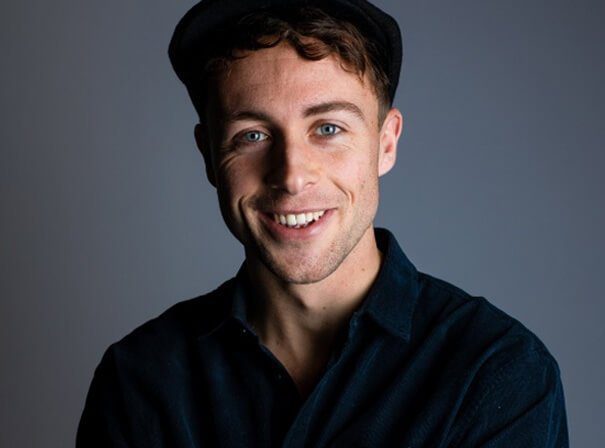