Bernardo Silva, known simply as “Bernardo” to his many fans, is a Portuguese midfielder who has firmly established himself at the heart of the Manchester City team. Since joining the club in 2017, he has helped them to win back-to-back league titles, one FA Cup, and three league cups. In 2019, he was named the club’s Player of the Year, included in the PFA Team of the Year, and shortlisted for the Ballon d’Or — the most prestigious award any footballer can receive. This incredible success was repeated on the international stage as he helped Portugal to win that year’s UEFA Nations League, being named the Player of the Tournament in the process.

Bernardo was born in Lisbon in 1994. Aged eight, he was signed by Primeira Liga club Benfica. He stayed with the club for 13 years, working his way up through the ranks. In August 2013, he made his professional debut for their “B” team in the Secunda Liga and his first-team debut two months later. His “B” team form won him that season’s Breakthrough Player of the Year Award. In August 2014, he moved to top French club Monaco, initially on loan and then permanently for nearly €16 million. He made just shy of 150 appearances for the side before moving to Manchester City in May 2017 in a deal potentially worth as much as €70 million — he’d impressed the club’s head coach Pep Guardiola when the two clubs had met in the Champions League earlier that year.

Bernardo quickly settled at the club, making more appearances than any other player in his first season as the club won the Premier League with a record-breaking 100 points. 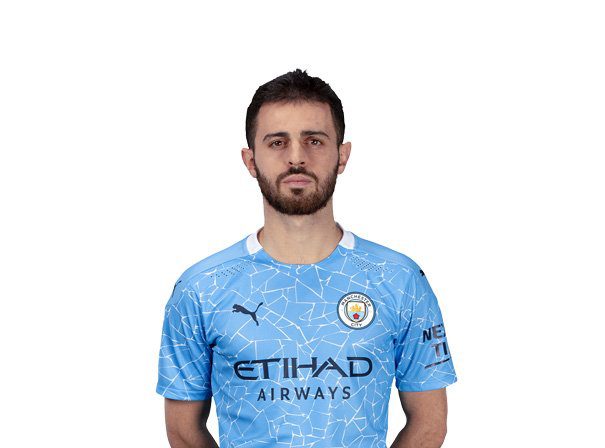