The legendary Beverly D’Angelo is a fabulous actress and singer still best loved for her role as Ellen, the long-suffering wife of Clark Griswold as played by Chevy Chase, in the classic National Lampoon’s Vacation films. A hugely versatile and prolific actress, she has been nominated for a Golden Globe Award for her role as Patsy Cline in Coal Miner’s Daughter, and for an Emmy Award for her role as Stella Kowalski in the TV movie, A Streetcar Named Desire. Away from acting, she still sings and performs with her jazz band, Blue Martini, which includes her bassist brother, Jeff.

Born and raised in Columbus, Ohio, to musician parents, D’Angelo studied visual arts and was an exchange student in Italy before she started off her working life as an animator at Hanna-Barbera Productions. She then moved to Canada to pursue a career as rock singer, eventually joining up with rockabilly legend Ronnie Hawkins as a backing singer in his band, The Hawks. Her acting career began after she left the band and joined the Charlottetown Festival Rep Company. One of the shows she worked on, Rockabye Hamlet, found its way to Broadway in 1976, and D’Angelo’s stand-out performance as Ophelia attracted fine notices. She then made her way to the West Coast to break into film and TV. She made her TV debut in the mini-series, Captains and the Kings, and after gaining a minor role in Woody Allen’s 1977 comedy Annie Hall, she appeared in string of hit movies, including Clint Eastwood’s Every Which Way But Loose, Hair, and Honky Tonk Freeway. She hit the big-time when she played opposite Chevy Chase in 1983’s smash-hit comedy, National Lampoon’s Vacation. Initially she wasn’t even sure that she wanted to make the movie, still wondering if her path lay in singing rather than acting, but luckily for the world she said, “yes”, and has reprised her role in four Vacation sequels and a short film between 1985 and 2015. She has gone on to star and feature in countless movies and TV shows, including The House Bunny, American History X, Frasier, Rude Awakening, Law & Order, The Simpsons, Entourage, Shooter, and Insatiable. 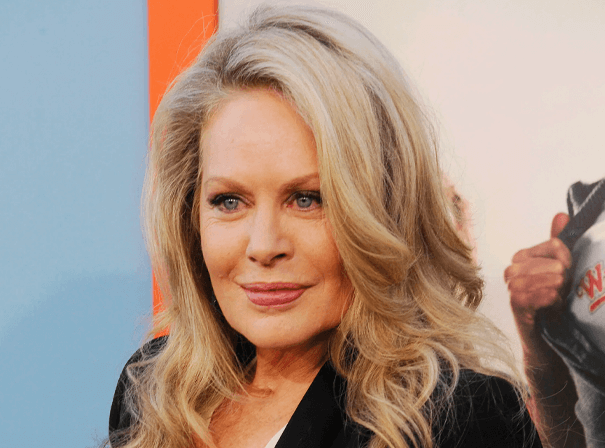