Bill Dod is a presenter on the RT UK News Channel, which is based in Westminster, London. Available in HD on Freeview, Sky and Freesat, RT is the largest news channel that YouTube has to offer.

From 7pm until 11pm, Bill Dodd presents daily news and interviews all kinds of people on current affairs. During his career, he has debated with journalists, columnists, politicians and even lobby groups.
Bill’s first ever role in broadcasting was with BBC Local Radio. Fronting several shows across the station, he stayed there for 4 years and became a beloved member of the team. After this, he made the transition to TV, where he presented regional programmes for ITV Anglia and Meridian.

Perhaps one of Bill’s finest moments was providing live coverage of President Obama’s political visit to Moscow. The broadcasting went on for a grueling twelve hours and was complied across two days, without the aid of a teleprompter. A real test of any journalist’s skill, the coverage proved successful, informative and reinforced Bill’s acumen as a TV presenter.

In recognition of the outstanding coverage of this event, the show was nominated for an International Emmy Award for News & Current Affairs in 2010 and featured in the Best News Category in the US.
Other notable events that Bill Dodd has covered include the meteorite which crashed into central Russia. Once again, in recognition of Bill’s professionalism, the bulletin won Best International News Coverage award at the Monte Carlo TV Festival in 2013. 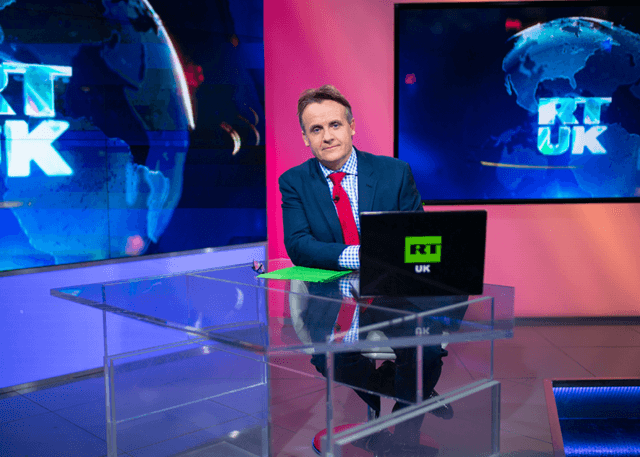