With 12.8K followers on social media, MMA fighter Blake Troop has become a sensation. The fighter, who also goes by Bulletproof, grew up in LA and continues to train and fight out of Southern California, affiliated with The Compound MMA and Fitness. Blake is also associated with Black House MMA and Bolt Wrestling.

Currently, Bulletproof sits at an 8 win, 6 loss, 0 draw standing, his last fight taking place in 2019 before the pandemic disrupted all sporting events. His debut to professional MMA fighting in 2014 was a huge success, resulting in a TKO of his opponent Donald Hammon after just over a minute. The victory took place at the Gladiator Challenge event, and set the scene for many more wins to come. His most impressive victory also happened during a Gladiator Challenge, the following year. In just 32 seconds, Blake knocked out Nathan Espinoza with a knee, thus ending his quickest fight yet.

Blake’s on stage presence has transferred well to the screen, seeing him recently appear in some film and television productions. In 2020 he played the role of Crank in the short action thriller Joe Riv, as well as the character Buster in Girl Lost: A Hollywood Story, a gritty drama. Blake also continues to appear on the new series of the United Wrestling Network: Primetime LIVE. 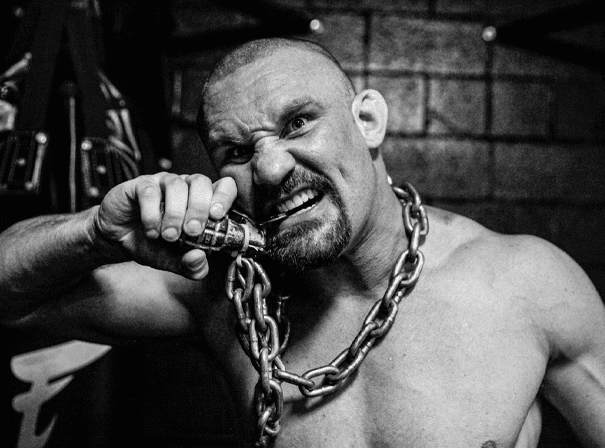