Comedian, musician and writer Aristotle Georgeson is a breakthrough social media personality. The self-proclaimed “vape god” burst on to the scene on Instagram more than half a decade ago. Back then, he was known as Blake Vapes and made a name for himself for his lofty mantras and otherworldly vaping skills. Georgeson soon caught the attention of BuzzFeed, and after racking up over 1 million views, he notoriously became the subject of the sites most disliked video ever. The LA native is a stand-up comedian, and Blake Vapes started life as an over-the-top alter ego who would become a prank experiment. Now best known as Blake Webber, Georgeson is the man behind one of the most loved characters you like to hate on the internet.

Georgeson has developed a brilliant combination of spontaneous ad-libbing and a wonderfully brutal social media satire throughout his career. To date, he has more than 1.7 Instagram followers, and his YouTube content has garnered nearly 3.5 million views. Often his videos will mock TMZ interviews, take on live “Double Dare” challenges and caricature “life with the homies.” He also hosts the weekly podcast #KILLINIT, where he takes on the Blake Webber persona to a whole other level.

Beyond social, Georgeson has featured on Netflix’s Cooking on High, Comedy Central and Viceland’s Flophouse. He can often be found behind a set of decks as part of the dubstep DJ duo Double Dare alongside longtime collaborator Matty Ghost. As Georgeson continues to push the boundaries and develop his Killin’ The Game live show, you can expect to find him onstage as Blake Webber in a city near you. 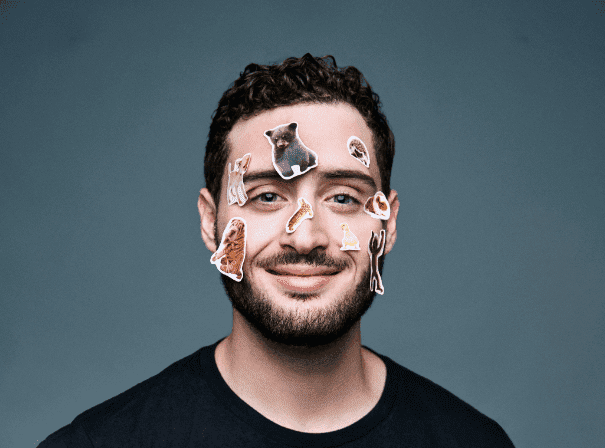