American professional wrestling superstar and ring veteran Bobby Fish is best known for his appearances with Ring of Honor in the late 2010s, being signed with WWE, and for his numerous championship trophies, and is one to watch in 2021.

Hailing from New York, Fish played as a linebacker for his high school and college football teams, before graduating with a bachelor’s degree in English. Before his wrestling career kicked off, Fish worked as a teacher in order to facilitate his working at private events in the evening.

Fish made his professional debut in 2002 after months of training with Tony DeVito and Harley Race, going on to complete for several years as Jerk Jackson and Madden Fisher. He later settled on the stage name Bobby Fish, which was what he was known as when he made his Ring of Honor debut in 2004. Later, Fish wrested for Pro Wrestling Unplugged, forming a partnership with Scott Cardian. In 2006, Fish began touring Japan with Pro Wrestling Noah and competed with New England Championship Wrestling between tours.

In 2012, Fish’s future was changed forever when he was offered a contract by Ring of Honor. After forming the reDRagon tag team with Kyle O’Reilly, Fish won and defended the ROH World Tag Team Championship three times. Before signing to WWE’s NXT brand in 2017, Fish made appearances for New Japan Pro Wrestling, where he held the IWGP Junior Heavyweight Tag Team Championship twice. In 2017, Fish joined WWE alongside O’Reilly.

Today, Fish continues to wrestle with WWE and is known for his unique fighting style which incorporates Muay Thai kickboxing with catch grappling. Fish is a member and co-founder of The Undisputed Era, with Adam Cole, Roderick Strong, and Kyle O’Reilly, and is hailed as an iconic American pro wrestler. 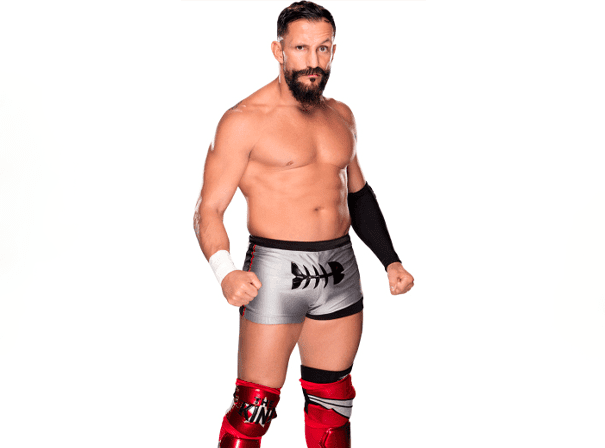