Champion bull-rider turned model Bonner Bolton has become an all-round American entertainment star. Hailing from Odessa, Texas, Bolton was born into a family of cowboys, steering him to become one of America’s best bull-riders of all time. He began on the Championship Bull Riding tour in 2003, continuing on for over a decade. He won several championships during this time such as the World Championships in 2007, Las Vegas Championship in 2011 and Hobbs Championship in 2013. Also in 2007, he began competing in the Professional Bull Riders circuit, where he continued until 2016. As one of the sport’s most well-known figures, he also starred as a stuntman in the 2015 film The Longest Ride.

Following an injury and retirement from bull-riding in 2016, Bolton turned his attention to modelling, in which he has since found immense success. Soon after, he signed with IMG models and went on to take part in high-profile campaigns. These include posing for Saks Fifth Avenue and representing Br4ss Underwear. He has also featured in the Cosmopolitan magazine and in 2017, became the new face of American Eagle Outfitters. In the same year, he also became a celebrity contestant on Dancing With the Stars’ 24th Season, where he finished 5th.

An all-round entertainer and seriously talented rider and model, Bolton’s exciting and inspirational journey has seen him become a well-loved national figure. With an already jam-packed career behind him, he has even bigger and better ventures to come. 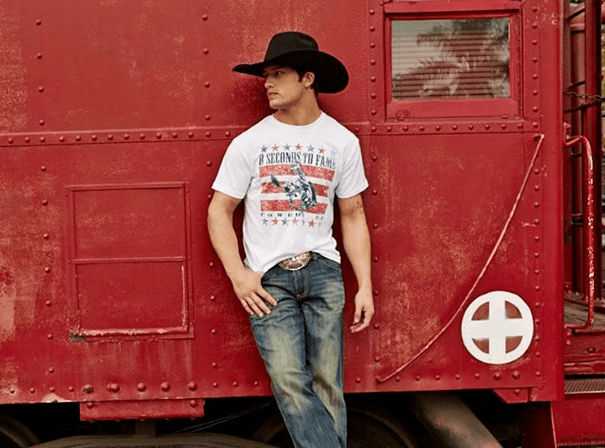