California-born Chastain has had a fantastic career, playing professionally for several major teams, including Shiroki FC in the Japan Women’s Football League, the San Jose CyberRays of the Women’s United Soccer Association, FC Gold Pride of Women’s Professional Soccer, and California Storm of Women’s Premier Soccer League. Between the 1988 and 2004, Chastain played for the U.S. Women’s National Team; it was during this time that the squad won two Olympic gold medals and two World Cups.

Chastain became a worldwide phenomenon when her celebration after scoring the winning goal in the penalty kicks at the 1999 World Cup final versus China made the front cover of almost every sports publication. In the moment that Chastain, who played for the boy’s team in high school as there was no girl’s soccer team, tore off her jersey and dropped to the floor, screaming in celebration, she confirmed to women worldwide that they too could succeed in soccer. She referenced this moment in the title of her 2005 book, It’s Not About the Bra: Play Hard, Play Fair, and Put the Fun Back Into Competitive Sports.

In sports broadcasting, Chastain has worked as a commentator for soccer matches both with NBC Sports during the 2008 and 2012 Summer Olympics and with ABC/ESPN covering Major League Soccer and the 2011 FIFA Women’s World Cup.

A celebrated athlete, Chastain was inducted into the National Soccer Hall of Fame in 2017, and the Bay Area Sports Hall of Fame the following year. Despite retiring from soccer, Chastain remains an influential figure; today, she coaches youth programmes. 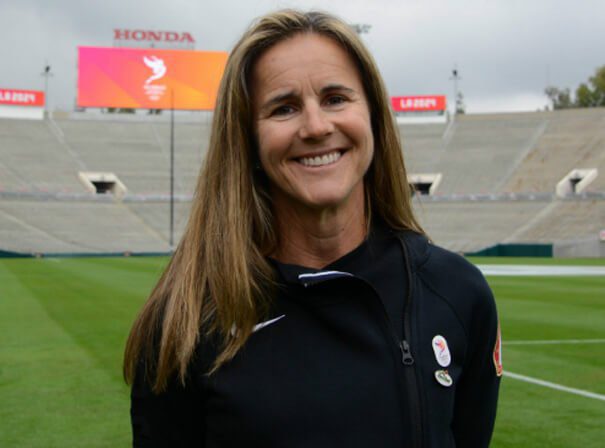