Capturing the crowd’s heart comes naturally for Team Canada’s Brandie Wilkerson. Playing for the world’s top-ranked beach volleyball team has certainly placed Wilkerson in an exceptional pool of athletes. Wilkerson debuted as an alternate for Melissa Humana-Paredes at the 2016 Rio de Janeiro Olympic Games. That extraordinary experience opened the door wide for Wilkerson to set her dream goal of becoming a future Olympian herself.

Wilkerson’s career took a full swing by the end of 2018 as she and her partner Heather Bansley would be ranked number one in the world. Sweeping the tournament circuit with victories in Itapema, San Jose, Las Vegas and Chetumal, Wilkerson was named FIVB’s World’s Best Blocker. Winning two bronze medals on the World Tour in 2019, Wilkerson and her teammate were gaining critical acclaim for their performances in the tournament. Wilkerson’s race for the Olympics was born.

In a class of her own, Wilkerson challenges herself to push herself to become the very best athlete she can be. Positivity and Wilkerson go hand in hand on the court, while training and when she looks to the future. Setting her eyes on the world’s biggest stage, the Olympics has shaped Wilkerson’s approach to playing. It has allowed her to build herself up to the best player she can be and has developed Wilkerson’s impressive presence on the court. Her commitment to winning is profound, and her formidable presence on the court is a sure thing to be reckoned with for the opponents she faces. 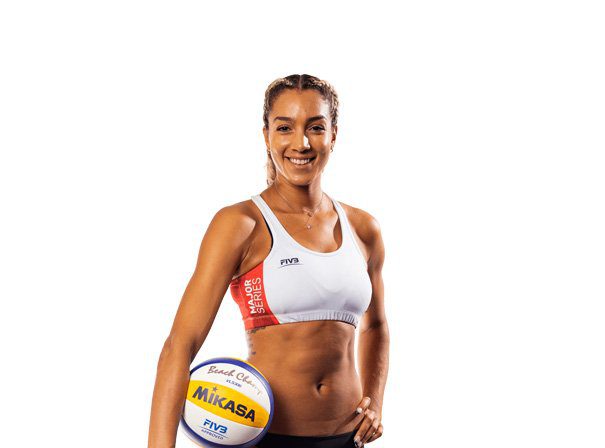