Brandon Nakashima is a rising future star of tennis who is destined for big things. After cracking the Top 100 in the FedEx AT Rankings whilst still a teenager and becoming the youngest American in the Top 100 at the time, his breakout success in 2021 meant qualification for the 2021 Next Generation ATP Finals where he made it to the semifinals. Building on his success in 2022 he climbed to world No. 49 in singles in June and reached the fourth round of the Wimbledon Championships for the first time in his career after defeating Daniel Elahi Galán, narrowly missing out on a place in the Quarter Finals after losing a tight five-set thriller to eventual runner-up Nick Kyrgios. Collected under pressure and calm on the court, Nakashima is continuing to steadily climb up the rankings whilst impressing with his rock-solid mentality.

Born in California to parents of Vietnamese and Japanese heritage, Nakashima was just three years old when he started playing tennis. His talent shone through quickly on the court as he became the world’s No.3 ranked junior and he was named ACC Freshman of the Year playing for the University of Virginia in 2019. Later the same year he turned pro and spent the 2020 season working on his game, impressing in his first US Open main draw when he pushed eventual finalist Alexander Zverev to four sets in their second round tie.

Nakashima has been working hard on all areas of his game including his confidence and fitness, and is now ready to show the big guys that he belongs on the ATP Tour. 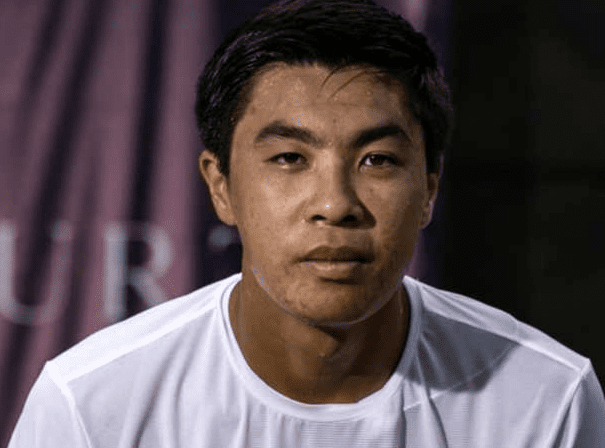