Standout drummer, vocalist and songwriter Brandon Saller is best known as the frontman for metalcore titans Atreyu. Since the Orange County bands inception, Saller has been behind all eight of their studio albums as the primary songwriter. Forming the original band with his older brother at just 13 years old, Saller was destined for greatness from an early age. Inspired by the cult-classic film “The Neverending Story,” Atreyu was born. Stepping it up, Saller is also well known as the frontman of his solo turned full-band project, Hell or Highwater. Now with a brand new Atreyu album and over two decades touring the world’s stage, Saller is at the top of his game.

Throughout Saller’s illustrious career, he has played to thousands of fans across the world. With appearances at Download Festival, Slipknot’s Knotfest, Reading Festival, Aftershock Festival and more, Saller is a revered showman. In that time, Saller’s melodic vocals have been heard on Atreyu’s iconic tracks such as “In Our Wake,” “The Time is Now” and “The Crimson.” With the bands fourth studio album “Lead Sails Paper Anchor” debuting at number eight on the Billboard 200 and the album “Long Live” peaking at number 26, Saller has thrived in the limelight.

Fast forward to today and you can see Saller up right and centre in Atreyu’s new band lineup. With the release of the highly anticipated eighth studio album “In Our Wake,” Saller’s unique vocals can be heard on the bands heaviest album in over a decade. The album includes topically-fueled anthem “Save Us” and a collab with M. Shadows and Aaron Gillespie on “Hero.” As Saller continues to dominate the metal scene, you can still find him on stage with “Hell and Highwater.” The recent EP “Lost At Sonic Ranch” is available across multiple streaming services. 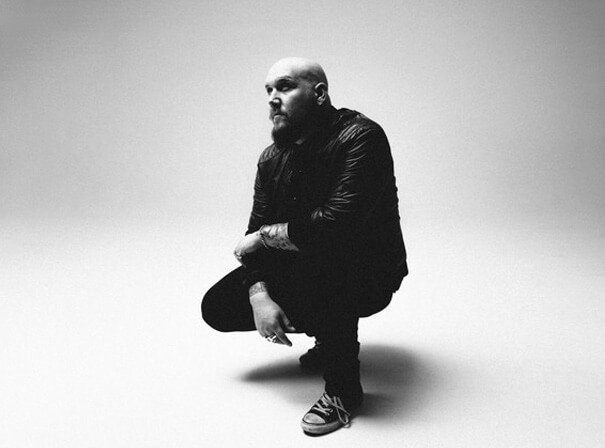