Braxton Miller is famous as an Football wide receiver. Currently Miller is also a free agent. Miller played college football as quarterback player for Ohio State Buckeyes from 2011 to 2013. Two years later, Miller was moved to the wide receiver position. Miller began playing football during his high school studies. He was even a finalist for the Mr. Football Award, and competed in the Under Armous All-America Game. In 2010, Millner committed to Ohio State, to play under coach Jim Tressel. Millner received several scholarship offers from Alabama, Cincinnati, Florida, Illinois, Georgia, Kentucky, Michigan, North Carolina, Notre Dame, Southern California, Tennessee, West Virginia and Wisconsin. In 2011, Miller began the season as a backup to Joe Baurseman, but saw action in the opening game of the season against Akron. In this game, Miller completed 8 of 12 passes for 130 yards and a touchdown in the 42-0 victory. In the following year, Miller had a new head coach in Urban Meyer. Miller and his team, the Buckeyes, won their final five games to finish with a record of 12-0. In 2012’s Heisman Trophy voting, Miller finished in fifth place. He was named the Big Ten Offensive Player of the Year in recognition to his success during the season. After his career in college football, in 2015’s season, Miller scored a rushing and receiving touchdown in Ohio State’s 42-24 victory against Virginia Tech. Miller finished that season with 26 receptions for 341 yards, three receiving touchdowns, 260 rushing yards and one rushing touchdown. In 2016’s NFL Draft, Miller was drafted by the Houston Texans and also was with the Philadelphia Eagles, Cleveland Browns and Carolina Panthers. 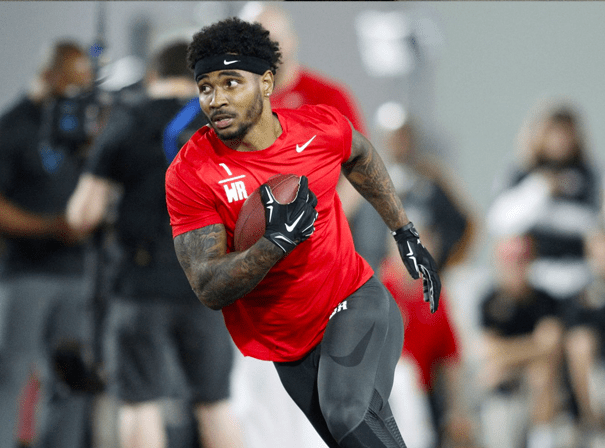