Brendan Lemieux is a Canadian professional ice hockey forward who was born in the United States and currently plays for the Los Angeles Kings of the National Hockey League (NHL). The Buffalo Sabres selected Lemieux in the second round (31st overall) in the 2014 NHL Entry Draft. During the 2015–16 season, Lemieux made the switch to professional hockey, appearing in five games for the Winnipeg Jets’ American Hockey League club, the Manitoba Moose. Lemieux appeared in 61 games for the Moose in his first full professional season, scoring 12 goals and adding seven assists for a total of 19 points.

The following season, Lemieux was called up by the Jets and made his NHL debut in October 2017. On October 29, Lemieux scored his first NHL goal, redirecting a Tyler Myers point shot in a 7–1 win over the Pittsburgh Penguins. For the first time in his career, Lemieux made the Jets’ opening-season roster in 2018–19, earning a spot on Winnipeg’s fourth line. In 2019, Lemieux was traded to the New York Rangers. He scored his first goal as a Ranger in a 4–2 home loss to the visiting Montreal Canadiens in March 2019.

Lemieux signed a two-year contract extension with the Rangers on November 6, 2020. He continued in his bottom six forward role for the team in the following pandemic-delayed 2020–21 season, scoring 7 points in 31 games. The Rangers traded Lemieux to the Los Angeles Kings in March 2021. Lemieux keeps up with his fans on Instagram, where he boasts over 40,000 followers. 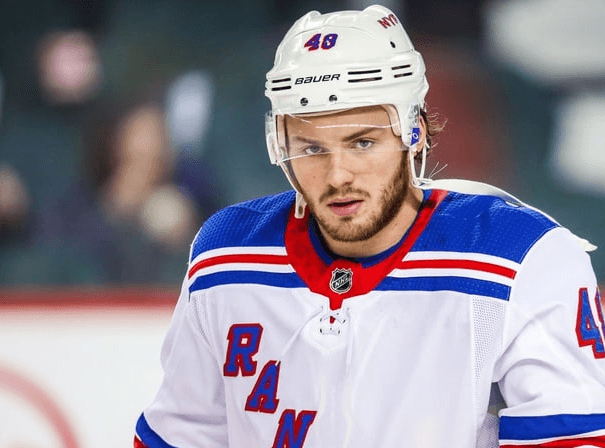