Australian cricketer Brett Lee is one of the fastest bowlers of all time with his record standing at 161.1 km/h. Playing all three formats of cricket, Lee gave up less than 20 runs for every wicket in his first two years. Brett finished his Test career with 310 wickets, his One Day International with 380, and had a batting average over 20 in Test cricket. In 2003, Lee won the World Cup alongside the Australian team and retired from the international game nine years later. After playing Twenty20 matches for several years Lee ultimately retired in 2015.

Lee was first called to the National Test squad in 1999 seeing so much success that he eventually joined the ODI squad. Continuing bowling with great speed, Lee played in the 2003 2007 World Cups with Australia, as well as the 2011 edition. With the speed finally getting to him, Lee retired from international cricket in 2008. With the new T20 format, Lee saw success in the Indian Premier League as well as the Big Bash League in Australia. 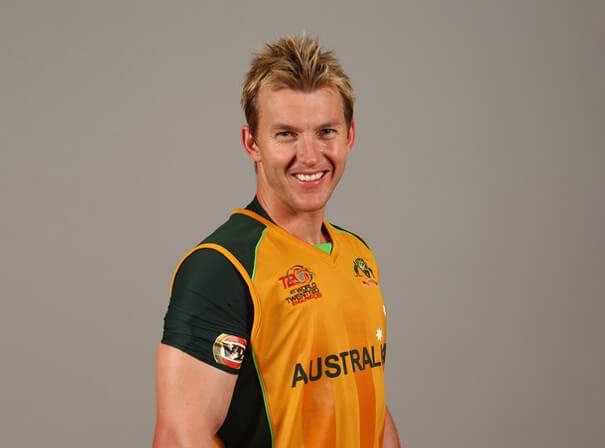