The Football coach and commentator Brian Billick is the former Super Bowl-winning Head Coach of the Baltimore Ravens.

Having been a professional football coach since 1977, Billick has coached teams including San Diego State, Stanford and the Minnesota Vikings, whom under Billick’s management, achieved a Vikings offence, scoring the highest number of points in NFL history (556). Billick later went on to become the head coach of the Ravens from 1997 – 2007. As a brand new football franchise, boasting some of the youngest players in NFL history, Billick guided the team to Super Bowl XXXV success when they won over the New York Giants. Prior to his career as a football coach, Billick earned both an honourable mention All-American and All-Western Athletic Conference honours in 1976 when he played tight end at Brigham Young University in Utah. Billick was also a linebacker during his freshman year at the Air Force Academy.

Alongside his coaching career, Billick has also been an active commentator, appearing on networks including ABC Sports, NFL and ESPN’s show Mike and Mike in the Morning. The co-author of three books, Billick collaborated with Dr. James A. Peterson for the book Competitive Leadership: Twelve Principles for Success. Billick and Peterson worked alongside again on the book Finding The Winning Edge, along with NFL Hall of Fame coach Bill Walsh. Billick’s latest book More Than a Game: the Glorious Present and Uncertain Future of the NFL was written alongside Michael MacCrambridge. Enthusiastic about community work, Billick has served as the honorary chairman for the American Lung Association’s Breath of Life Celebration and on the board of directors for the Living Classroom Foundation. In 2001 The Multiple Sclerosis Society also named Billick Champion of the Year. 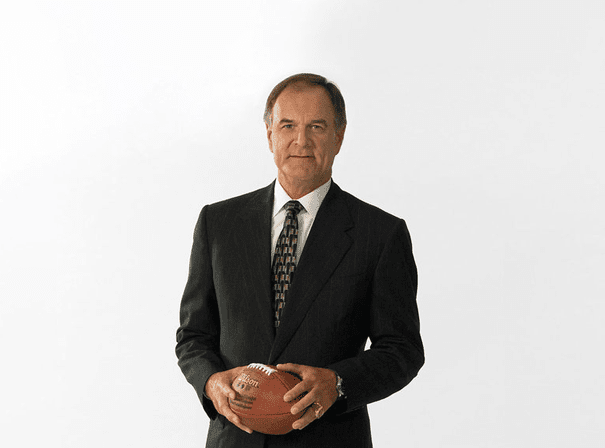