Brian Williams, O.C, is a widely acknowledged Canadian sports caster who is best recognised for his coverage of the Olympic Games. Williams has worked for the CBC on their sports coverage since joining them in 1974, and has also worked for several other esteemed companies, including Toronto’s CFRB and CHUM.

Williams’ broadcasting career began when he starting working part-time at his college’s classical station, Aquinas College’s WXTO. During his college years, his aspiration was to go back to Canada and become a sports journalist. At CBC, Williams has served as the host for the CFL, Formula 1 and Horse Racing. He was also the announcer of coverage of the Toronto Blue Jays. Perhaps Williams’ most famed media role is as the principal studio anchor for CBC’s Olypic Games, a role which he assumed several years, including 1984 Winter, 1984 Summer, 1988 Winter, 1988 Summer, 1992 Winter, 1996 Summer, 1998 Winter, 2000 Summer, 2002 Winter, 2004 Summer and 2006 Winter. Additionally, Williams covered the 2002 FIFA World Cup for CBC and the CBC’s coverage of the millennium during CBC 2000 Today, which he gained widespread renowned for. Williams has also worked extensively on radio, namely on Sportsnet Radio.

In 2006, Williams made the move to rival network CTV, working on the sports network TSN. Whilst at CTV, Williams hosted the Canadian Football League, the 2010 Winter Olympics in Vancouver, the 2012 Summer Olympics in London and continues to contribute to and host TSN’s coverage of the Canadian Triple Crown of Thoroughbred Racing. In 2010, Williams was introduced to the Canadian Football Hall of Fame and in the following year, he was made an Officer of the Order of Canada for his contributions to the industry and his community involvement. 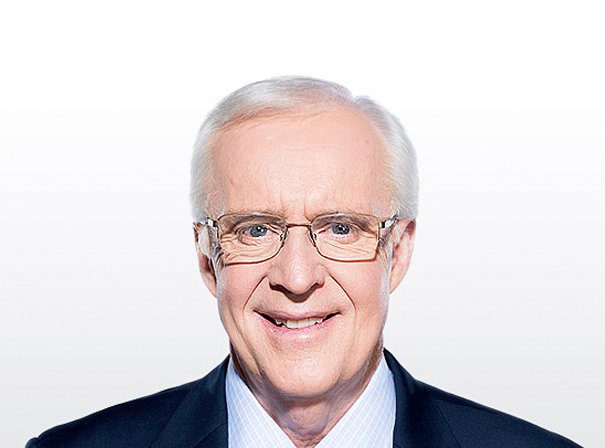