Brianna Green is an American athlete, host, creator, and investor best known for her basketball skills and her years spent playing for the Harlem Globetrotters. Green was only the 15th female player ever to sign for the Globetrotters, one of the most iconic teams in world basketball, and it brought her many talents to a much wider audience. Today, she can claim to be something of an influencer with a massive social media following that includes 396,000 TikTok followers, 371,000 Instagram followers, and 190,000 YouTube subscribers.

Green was born at the close of the 1980s, on Christmas Eve 1989 in Lexington, Kentucky. She first encountered NBA basketball as a child during the mid-1990s when her aunt took her to her first Globetrotters game. She would later join her high school basketball team and was awarded all-district, all-city, and all-region honours four years in a row. She went on to play for the University of Texas at El Paso team, helping them to win the Championship during her senior year. After graduating with a degree in Criminal Law and Psychology, she studied for a Master’s in Sports Management whilst also working as a Head Elite Basketball Trainer for the Point Guard Academy in Lexington as well as offering her services as a freelance personal basketball trainer.

In 2016, Green began working as a coach at the IMG Academy in Florida, and the following year, she became one of an elite group of female basketball players to be chosen to play for the Harlem Globetrotters. Her skills and finesse on the court made her a popular member of the team, as did the videos of her skills that she still uploads to sites such as YouTube and TikTok. 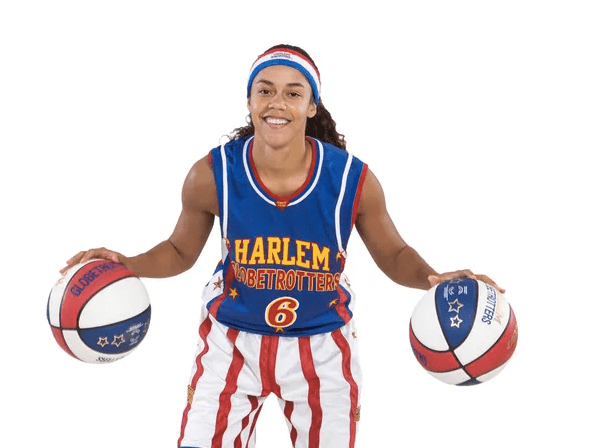