Brittney Zamora is an American stock car racing driver and one of the sport’s most popular young drivers—certainly one of the most popular in Northwest America. A competitor for almost all of her life, she currently competes in NASCAR and the ARCA Menards West Series, having graduated from the Northwest Super Late Model Series, where she became the first female driver to win a race. 2018 proved to be her breakthrough year, as she won her second Northwest Super Late Model championship, was given the NASCAR Wendell Scott Trailblazer Award, won the Washington State NASCAR Rookie of the Year Award, and was named one of seven talented drivers to take part in that year’s Kulwicki Driver Development Program. She finished 2019 fifth on ARCA Menard’s K&N West Series leaderboard and 11th in the NASCAR K&N East Series.

Zamora hails from the city of Kennewick, Washington. Born in 1999, she began her competitive racing career aged just four, when she raced go-karts. As she grew up, Zamora graduated to racing in mini-stock cars, late model cars (modern cars redesigned for racing), and super late models (cars redesigned and souped with a minimum 600hp engine). It was with the Northwest Super Late Model Series that she truly made her name, with historic wins and back-to-back series victories. Her life goal, however, is NASCAR glory, and she has made a promising start towards that with her placings in both NASCAR and the ARCA Menard series. Only just into her 20s and already with a lifetime of experience behind her, Brittney Zamora is going to become one of the greats of her chosen sport. 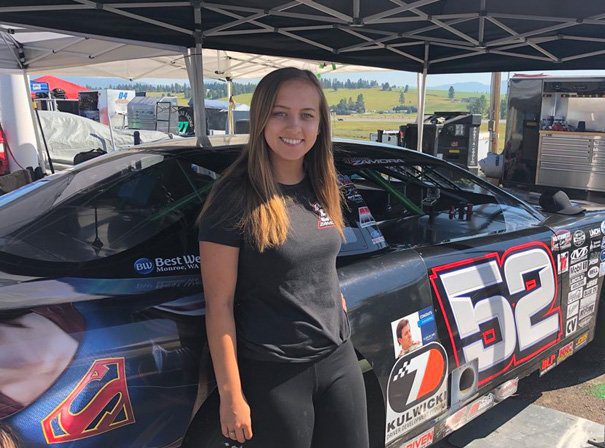