If one football player can be said to have dominated the SEC in 2021, it has to be Bryce Young. The Alabama Crimson Tide quarterback finished his sophomore season with an astounding 10 trophies to his name, including the prestigious Heisman Trophy (awarded to the best college football player in the country), the Maxwell Award, the Manning Award, Consensus All-American honours, the Associated Press College Football Player of the Year Award… You name it, Bryce Young probably won it in 2021 — he even broke his team’s record for most passing yards in a single game, achieving an amazing 559 yards in a single game that November. What makes his achievements all the more phenomenal is that this was his first season as the starting quarterback!

Although he’s made his name in Alabama, Young hails from Pennsylvania and grew up in California. Attending high school in Los Angeles, he quickly became notable as a player to watch, winning a plethora of awards, including the Gatorade Football Player of the Year for California, the Los Angeles Times Player of the Year, the USA Today High School Offensive Player of the Year, and more Unsurprisingly, he had several colleges knocking on his door, but he ultimately chose to commit to the University of Alabama, joining them in September 2020.

During his freshman season, Young was the backup quarterback, appearing in nine games, including the CFP Championship Game, which the Tide won. The following season, however, something clicked and Bryce became unbeatable, sweeping all before him in a way that has suddenly got everyone talking about what he’s going to do next. 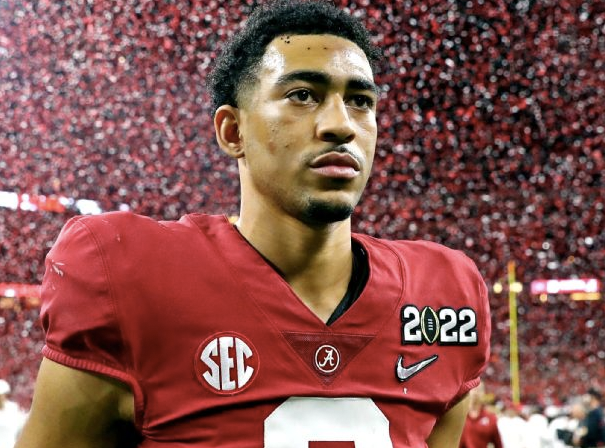