Caitlin McGee is an American actress who got her breakthrough in 2019 when she was cast opposite Jimmy Smits (star of LA Law, NYPD Blue, and The West Wing) in NBC legal drama Bluff City Law. Yet even before that, McGee had firmly established herself with recurring roles in Grey’s Anatomy (as a pregnant mother) and Amazon series Modern Love (whose cast included the likes of Anne Hathaway and Tina Fey).

McGee studied acting at Wagner College in Staten Island, New Jersey. She made her on-screen debut in a 2013 short film entitled Me, Cake and Toaster Oven. Her first appearance in a TV series came the following year with a one-off part in the third season of Unforgettable, an award-nominated CBS police drama. In 2015, she appeared in Blue Bloods and the Denis Leary sitcom Sex & Drugs & Rock & Roll. She returned to crime dramas in 2016 with a recurring role in Shades of Blue, a People’s Choice Award-winning show starring Jennifer Lopez as an NYPD detective and single mother. Her next recurring role came when she played Vonnie in The Marvelous Mrs Maisel, a comedy set in late 1950s New York that was streamed on Amazon Prime Video and, in the year McGee appeared in it, won the Golden Globe for Best Television Series – Musical or Comedy.

In 2020, McGee won her second major role, playing Sue in an Apple TV+ series called Mythic Quest: Raven’s Banquet. With work also recently completed on a pilot for a show co-starring That 70’s Show star Topher Graham and How to Get Away with Murder’s Karla Souza, McGee has certainly become a star. 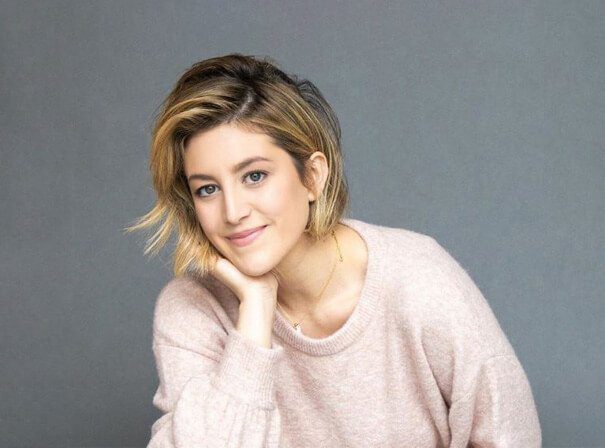