Six-time Pro Bowl defensive end Calais Campbell is an Footballer who has played in the NFL for the Jacksonville Jaguars and Baltimore Ravens. Drafted in the second round of the 2008 NFL draft by the Arizona Cardinals, he spent nine seasons playing in the Valley of Sun including two years as defensive captain. Campbell’s dominant defensive presence and leadership skills earned him third place on the Cardinals franchise all-time sacks list with 50.5 career sacks.

Not just a star on the field, he has established himself as one of the leading philanthropists in the NFL and has made it his mission to give back to the community through his foundation work. In 2015 Campbell made history when he donated 1.6 million to the University of Miami – the largest ever gift from a former student athlete – and established a scholarship in his name. In 2018 he received the Bart Starr Award for the NFL player who shows the most outstanding leadership and character on the field and in the community.

Born in Denver, Colorado, Campbell played high school football at Denver’s South High School and was widely regarded as one of the nation’s top defensive end prospects after racking up a state-record of 57 sacks. He chose to play college football at the University of Miami before being drafted in the second round (50th overall) of the 2008 NFL Draft by the Arizona Cardinals. Campbell has now played in the NFL for more than 13 years, and thanks to his charity work has established himself as a legend both on and off the field. 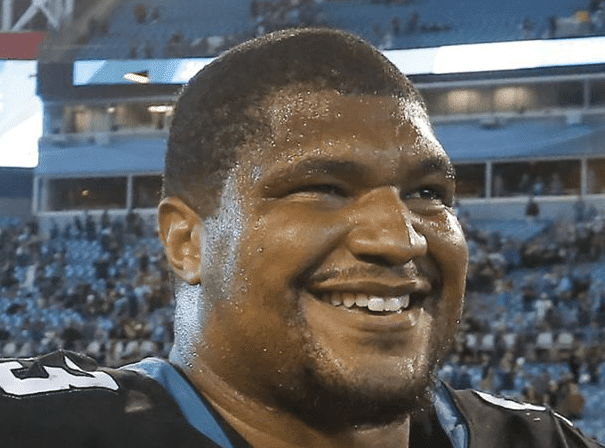