South African born New Zealander and British tennis sensation Cameron Norrie isn’t a stranger to success. The strong left-hander achieved a top 10 position in the junior world circuit at the age of only 15. Following a European Tour, he began representing Great Britain in 2016 and with a move to London, began training at the National Tennis Centre. Beginning 2013 with his first senior tournament at the ATP Auckland Open, he then went on to compete in the Australian Open, French Open, Wimbledon and US Open juniors. In 2014, he began his studies at the Texas Christian University, where he was ranked as the top male college tennis player in the US. This resulted in titles both at the USA Futures F21 and F23. In 2017 he turned professional and, as a wildcard, competed in the Aegon Championships and Wimbledon. He received his first challenger title in Binghamton and qualified for the main draw at the US Open where he reached the 2nd round. After winning several Challenger titles, he became the world No.111. 2018 saw him win his first Davis Cup match against then No.23 Roberto Bautista-Agut, make his ATP main draw debut, defeated then No.10 John Isner in the Lyon quarter-finals and become a direct entrant in the French Open, where he reached the 2nd round. In 2019 he reached his first ATP final in his hometown of Auckland while also making his debut at the Australian Open. The year also marked his first ATP 500 semi-final, competing in the French Open and reaching the Wimbledon 2nd round. Most recently, he reached the US Open’s 3rd round and has continued to show promise as the current world No.71. Norrie is powering through the international circuit, with guaranteed successes to come. 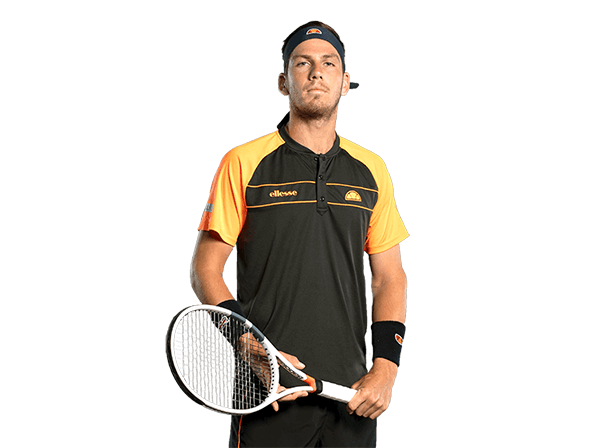