Born in Mississippi in 1985 and brought-up in Texas, Candice Patton is a successful actress who regularly appears on our TV and cinema screens, alike.
After studying at the Southern Methodist University in Dallas, Candice went on to have an extremely successful career in acting. She has appeared in films like ‘The Craigslist Killer’, ‘Commander and Chief’ and the gripping psychological thriller, ‘The Guest’. Starring Dan Stevens, Maika Monroe, Leland Orser, Sheila Kelley, Brendan Meyer, and Lance Reddick, the Guest grossed almost 2m dollars in the UK on its first month.
In all, Candice is perhaps best known for her part in the CWtelevision show, The Flash, starring as Iris West. You might also recognise her as Tori, from the BET TV show, ‘The Game’. Other TV appearances worth noting include The Bold and the Beautiful, Sorority Forever, Casanovas, Castle, Entourage, The Young And The Restless, Heroes, Days of Our Lives, Forgotten, One Tree Hill, Grey’s Anatomy, Harry’s Law, CSI Miami, Love Bites, Man Up!, Rizzoli & Isles, Super Girl, Legends of Tomorrow and the smash-hit TV series Arrow.
As if being a talented and highly sought-after TV actress was not enough, Candice Patton has also been ranked by BuddyTV as Number 5 on their list of Television’s 100 Sexiest Women of 2014. Whatismore, her stunning looks were yet again acknowledged by Maxim, who placed her at Number 61 on their Hot 100 List, back in 2015.
With the winning combination of talent and looks, Candice’s career is set to continue rising. 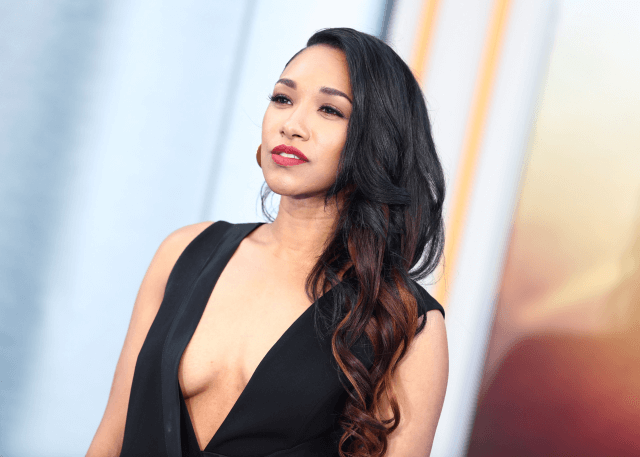