American journalist Carl Cameron is best known for his meritable two-decade-long reporting for the Fox News Channel. He is also notable for founding a progressive news aggregator called Front Page Live, where he is currently the chief political correspondent.

Cameron began his media career back in 1985, where he worked at radio stations WFEA and WZID. He was initially hired as a salesman for the former but one day when the weather man was sick, he took his chances and was able to break into broadcasting. Soon after he worked as a political director for WMUR- TV.

In 1995 Cameron was hired by Fox News and the following year he covered the 1996 presidential election for the channel. He soon gained an enviable reputation and became Fox News’ first Capitol Hill Correspondent, covering every presidential election since. Following the elections in 2000, Cameron was named Fox News’ first Chief Political Correspondent for four years, until he was named the first Chief White House Correspondent, returning to his previous position two years later to cover the 2006 midterm elections.

After an incredibly fruitful career covering major elections, Cameron retired from Fox News in 2017. He has received many accolades and in 2009 Washingtonian Magazine named him one of the top 50 journalists in the nation’s capital. The New York Times wrote a profile in 2012 describing Cameron as a “ very hard-working journalist often considered a member of the home team at republican campaign events, yet characterized by reporters from rival networks as collegial and unbiased in his reporting.” 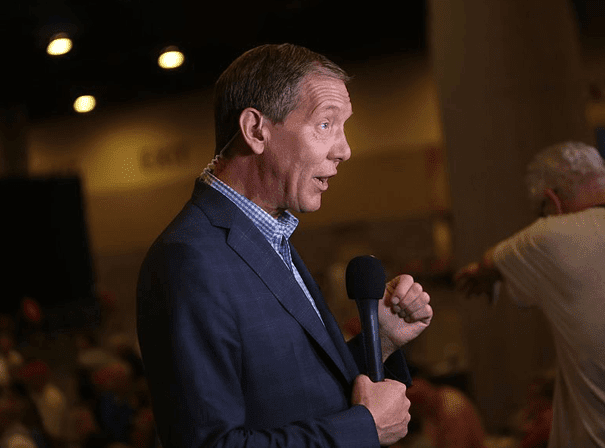