Carla Bruni is famous as one of the world’s highest-paid supermodels, as a singer-songwriter and as the former First Lady of France. In 1998 she reportedly earned $7.5 million for her modelling work. As a musician she has sold over 5 million albums and won the 2004 Victoire Award for Female Artist of the Year.

Born in Turin, Bruni seemed destined for a musical career as the daughter of a classical music composer and an Italian concert pianist. However, after moving to Paris she left studies in art and architecture to become a full-time catwalk queen, and she soon landed a high profile contract with Guess jeans. Further contracts then followed for major designers and fashion houses including Chanel, Christian Dior, Versace and Karl Lagerfeld. She became one of the highest-paid models in the world by the late Nineties, and the money she earned enabled her to return to her true passion – music.

Bruni released her debut Quelqu’un m’a dit in 2002 and the album became a surprise hit in Europe. Her follow up No Promises helped her music sales soar over two million, and whilst her music career was on a rise she also met French president Nicolas Sarkozy whom she later married in 2008. She was later ranked as the 35th most powerful woman in the world in 2010 by Forbes magazine. A huge supporter of humanitarian and charity work, she founded the
the Fondation Carla Bruni-Sarkozy in 2009 to promote equal access to knowledge and culture and has been involved with the Nelson Mandela foundation, the Born HIV Free campaign and animal rights charities. 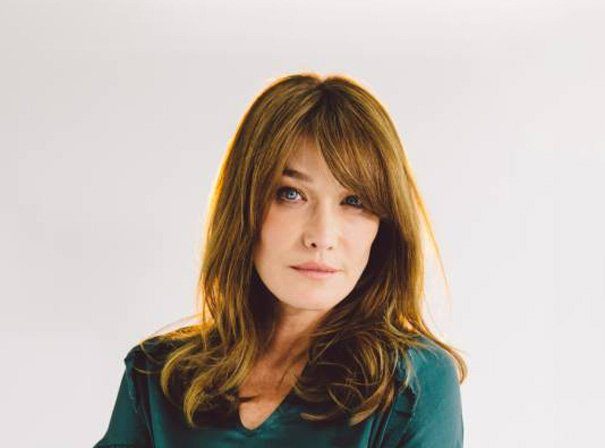