Widely regarded as one of the best defenders of his generation, Carles Puyol is a retired Spanish footballer who was Barcelona’s longest serving captain. Equally praised for his defensive qualities and leadership skills, he played his entire career for Barça winning 18 major club titles including three Champions Leagues and six La Liga trophies, and made 593 appearances in competitive matches for the side. One of Spain’s greatest ever players, Puyol won 100 caps for his national side and was a member of the squads that won the 2010 World Cup and Euro 2008. He famously scored the only goal of the game against Germany in the 2010 World Cup semi-final to send Spain into the final.

Although Puyol would go on to spend his professional career playing solely for Barcelona, he began playing football for his hometown club Pobla de Segur as a goalkeeper. He joined FC Barcelona’s youth system and played as a defensive midfielder before occupying the position of right-back on the club’s B-team.

Puyol made his La Liga debut against Real Valladolid on the 2nd October 1999, transitioning to central defender shortly after. He established himself as defensive cornerstone for Barcelona, and in 2002 UEFA awarded him the title of “Best European right-back”.

After an incredible career helping to bring success to both his club and national side, Puyol hung up his boots in May 2014 after a first team career that secured 21 titles and where he was captain for a decade. Puyol may have lifted the biggest trophies in football but he is also famous for his iconic gestures, including letting teammate Éric Abidal lift the Champions League trophy after Barcelona’s 2011 victory at Wembley. 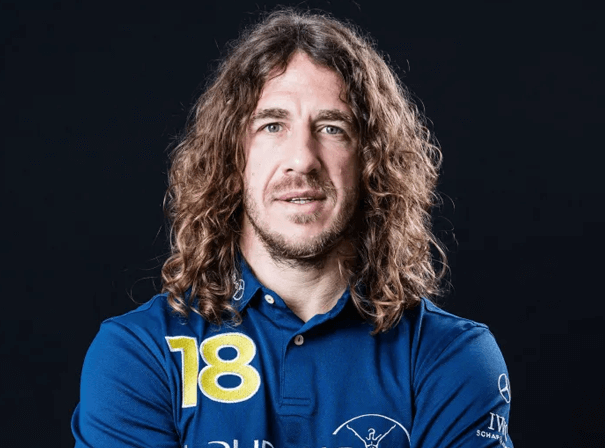