Carlos Braithwaite is an impressive and formidable opponent on the cricket field originally from Barbados, with a long and incredible history with the sport. Smashing into the history books of the West Indies by hitting four successive sixes in a game against the England team during the last over of the 2016 World T20 Final, this talented allrounder broke into the international level of cricket in 2011. Quickly establishing himself as a star player, Braithwaite performed at eight T20 Internationals before being named West Indies T20I captain.

After his debut, when Braithwaite earned a place on the national team for Bangladesh in 2011, he continued to appear in various games until he joined the squad playing in South Africa in 2015, and was named in the West Indies’ Test and ODI squads for the tour of Sri Lanka in November 2015. However, it was his contributions to West Indies’ Test series in Australia in 2015 to 2016 that helped gain him an IPL contract. He was bought by the Delhi Daredevils, and quickly showed why he was such a good purchase, scoring 3 for 23 and clubbing 34 from 10 balls to give West Indies their second World T20 title. Following his success with the team, Braithwaite went on to be bought by two succeeding teams of the IPL, firstly Hyderabad, then Kolkata Knight Riders.

Most recently, in July 2020, he was named in the Jamaica Tallawahs squad for the 2020 Caribbean Premier League. Braithwaite is also the owner of Trident Sports, a company providing good quality cricketing equipment at more competitive prices for budding athletes. 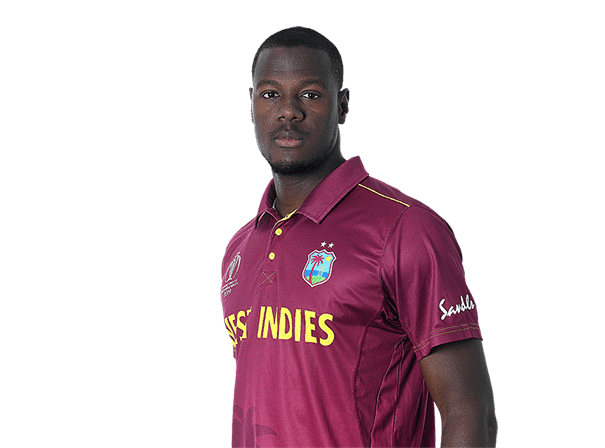