A trailblazer in the entertainment industry, Carol Alt is a supermodel, actress and raw food enthusiast who constantly looks for new challenges. She appears on Fox News Channel as the host of A Healthy You & Carol Alt and is the best-selling author of several raw food and nutrition books including Easy Sexy Raw: 130 Raw Food Recipes, Eating in the Raw and The Raw 50. As one of the world’s most famous supermodels she graced over 500 magazine covers including Cosmpolitan, Vogue, Elle and Sports Illustrated and was nicknamed “The Face” by life magazine. Her acting career has spanned both films and television, with notable roles including Kelly LaRue in the series Thunder in Paradise and Agent Monica McBride in The Protector alongside Matt McColm.

Hailing from Queens, New York, Alt first tried modelling when she was 18 as a summer job to raise funds for college. In 1979 she got her first big break when she appeared on the cover of Harper’s Bazaar. Three years later her career exploded when she graced the cover of Sports Illustrated Swimsuit Issue, and she soon became one of the most in demand models in the world during the 1980s. During the height of her popularity as a supermodel, Alt was the face of numerous ad campaigns for the likes of Givenchy, Diet Pepsi, Cover Girl Cosmetics, General Motors and many more. Alt became the first supermodel to produce her own calendars and posters, pioneering a new trend in the industry.

After enjoying a successful acting career, Alt moved into presenting and joined Fox News as the host of A Healthy You & Carol Alt, a half-hour Saturday TV show based on her own detailed knowledge about wellbeing and longevity. She also regularly speaks on health and nutrition on the lecture circuit. 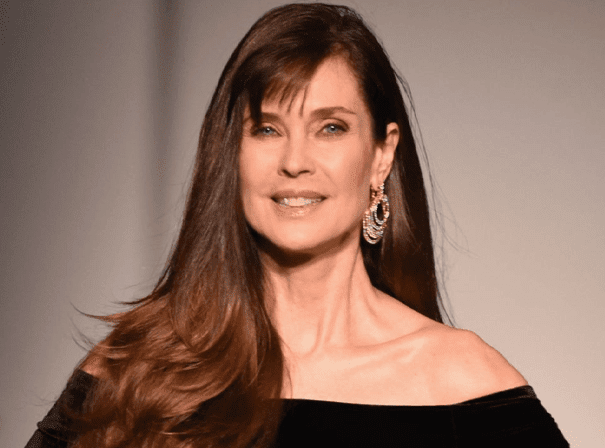