The stunning Carolina Gaitán, aka La Gaita, is an incredibly talented, award-winning actress, singer, and former model. She is best known for her time as a member of the all-girl group, Escarcha, and for her role as Marina Ochoa in the Netflix crime series, Narcos. She has been awarded with two Premios Tu Mundo from Telemundo.

Gaitán was born and raised in Villavicencio, Meta, Colombia. She discovered her love for singing and performing at an early age, worked as a model in her teens, and when she was 18 appeared on the Colombian reality TV series, Popstars. She became part of the all-female latin pop group Escarcha that formed out of the show. They released their self-titled debut album the same year. It sold 20,000 copies on its first day and more than 70,000 copies in the three weeks after release. The group had a successful tour, released a second album, Siempre Hay Algo Más, and then disbanded in 2004. Gaitán went on to study acting at the Lee Strasberg Theater and Film Institute in New York, and in 2005 made her TV debut in the Columbian series, Vuelo 1503. She played the character of Isabella Pascualli in the original Nickelodeon Latin America production, Isa TK+, and in 2015 she featured in the Netflix crime drama, Narcos. For three seasons (from 2016-19) she played the lead role in the hit Spanish-language telenovela, Sin senos sí hay paraíso. 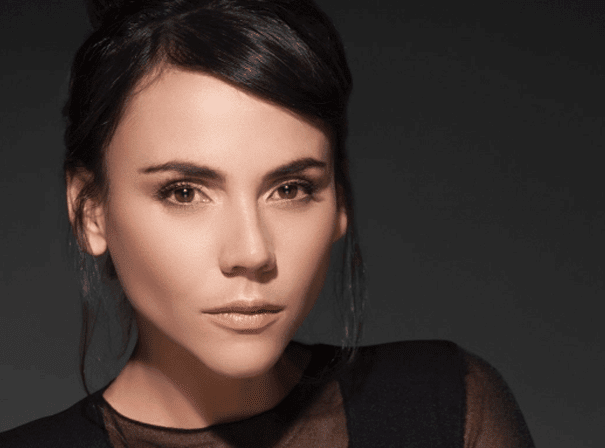