Best known for being the first woman to travel to all sovereign countries solo, Cassie De Pecol is an author, activist, athlete and traveler.

De Pecol has been competing in endurance events since the age of 16, and in 2013 appeared on survival reality show Naked and Afraid. In 2017 she became the first woman in human history to travel to every sovereign country in the world. She broke the Guinness World Record for the fastest time to visit every sovereign country too, and earned her place in the National Woman’s History Museum. During her impressive trip, she worked as an ambassador for the International Institute of Peace Through Tourism, planting trees along her route to offset her carbon footprint and filming her travels to create a documentary. De Pecol has since written a book, Expedition 196: A Personal Journal from the First Woman on Record to Travel Every Country in the World, and now works as a motivational speaker, travel expert and ambassador at engagements around the world. She is the founder of her own non-profit organisation, Her International Inc, which funds projects around the world working towards the UN’s Sustainable Development Goals. De Pecol is also a fitness and health consultant, influencer, content creator and writer.

With over 500k followers on Instagram and her own podcast, Against All Odds, this explorer and adventurer is also working towards her private pilot’s license and will be the first sponsored astronaut to fly with Virgin Atlantic on their first commercial space flight. 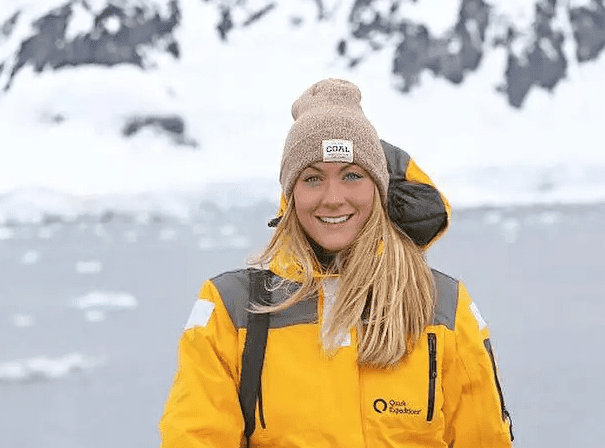