From the moment she burst onto the music scene as the lead singer of the multi-racial band Rufus in the early 70s, Chaka Khan’s all-powerful voice, show-stopping stage presence and style created a standard that set her apart from any other singer before or after her. Nearly 35 years later, Chaka is a legendary music icon whose influence has impacted whole generations of hit-making contemporary artists.

Early on she caught the attention of another musical icon, Stevie Wonder, who penned her first hit with Rufus, the Grammy Award-winning ‘Tell Me Something Good’. From that point on the group dominated the airwaves with hit after hit with songs such as ‘Once You Get Started’, ‘Sweet Thing’, ‘Everlasting Love’, ‘Do You Love What You Feel?’ and ‘Ain’t Nobody’. With Chaka as the group’s dynamic centre, Rufus featuring Chaka Khan became one of the most popular acts around selling out shows throughout the country. It was inevitable that a singer of Chaka’s calibre would eventually strike out on her own.

When that time came, all doubts about Chaka being able to succeed as a solo artist were quickly dismissed with the release of the smash hit ‘I’m Every Woman’ written by Ashford and Simpson. Her catalogue grew even more impressive with hits such as ‘Clouds’, ‘Papillon’, ‘What’Cha Gonna Do For Me?’ and the song that made Chaka Khan a household name the world over, ‘I Feel For You’, written by long-time admirer and friend Prince. Renowned for the timeless quality to her music, Chaka Khan has earned ten Grammy Awards and numerous other awards. The state of Illinois has even declared October 19th as Chaka Khan Day. 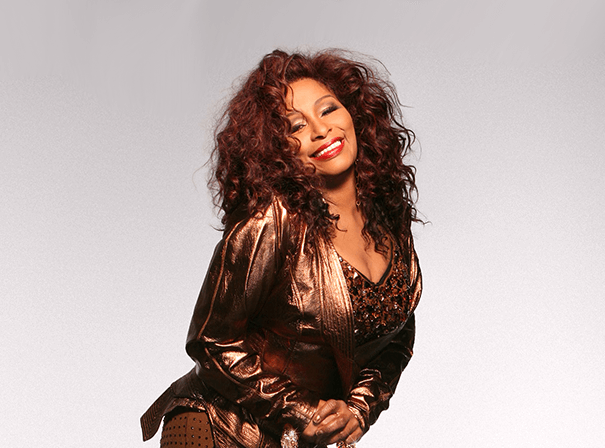