Ever since his impressive 2012 rookie season with the NewEngland Patriots, Chandler Jones has steadily forged a reputation as one of themost promising defensive players in the NFL today. Now a Defensive Linebackerfor the Arizona Cardinals, Jones continues to climb the rankings, with two ProBowl appearances, a Super Bowl appearance, an AllPro first team pick and the2017 NFL sack leadership to his name within the space of a few seasons.

Hailing from Rochester, New York, Jones showed promisethroughout his high school football career, starting his studies at SyracuseUniversity as the eighth-best defensive prospect across the entire state.Pursuing his passion with two solid seasons at Syracuse, Jones entered the NFLdraft in 2012 and was selected in the first round by the New England Patriots,with whom he enjoyed an undeniably stunning rookie season. Appearing in all 14of the Patriot’s games that season, Jones’ 45 tackles, six sacks, five defendedpasses and three forced fumbles clearly illustrated his burning desire for NFLglory, setting him up for a victorious Super Bowl debut against the SeattleSeahawks in 2014. Jones has continued to impress since moving to the ArizonaCardinals, recording nearly 50 tackles each season and recording the 2017season’s highest sack rate of any NFL player with 17, an all-time record forthe Cardinals.

With his brothers Jon and Arthur both hugely successfulathletes in their own right, Chandler Jones’ staggering defensive prowessshould come as little surprise: the 6’5” behemoth is poised to continuethwarting offensive efforts from the very best teams in the NFL for seasons tocome. 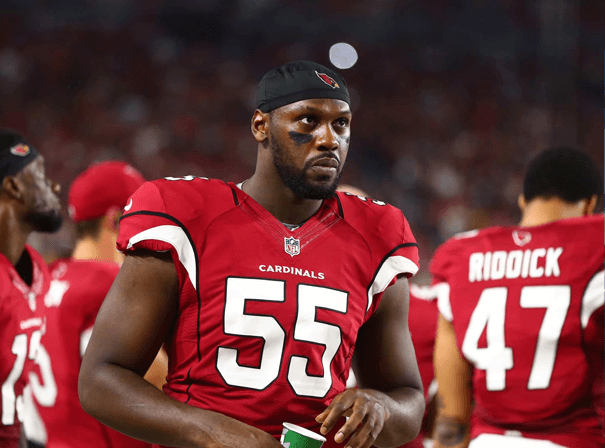