Pop culture icon and wresting legend Charles “The Godfather” Wright is one of WWF’s enduring stars. Throughout his time on the theatrical wrestling stage, Wright has had a phenomenal evolution since his debut in the 1980s. From his gimmick name Papa Shango to Kama Mustafa, Wright unleashed his star power for all to see. Born and raised in Las Vegas, Nevada, Wright grew up around the glitz and glam of the city. After an inspiring conversation with a group of wrestlers filming “Over the Top,” Wright set his eyes on the big leagues. “The Soultaker” rose up, and Wright soon landed his first USWA Unified World Heavyweight Championship title. The rest is history.

Recognised for his commitment and stellar showmanship, Wright was inducted into the WWE Hall of Fame during 2016’s Wrestlemania weekend. In a career defined by determination and transformation, Wright earned his place amongst the greats. Wright has earned many accolades over the years. From winning two USWA Unified World Heavyweight Championship titles to capturing the WWF International Champion title and WWF Tag Team Championship – Wright is in a league of his own.

Beyond the ring, Wright is cultivating his growing YouTube channel, “Smoke Train.” There Wright regularly updates fans with in-depth documentary-style videos of his life, and what it means to be a champion. With appearances in The Undertaker’s final farewell special, “WWE Survivor Series” and voicing Papa Shango in THE WWE 2K20 video game, Wright has built a lasting legacy. 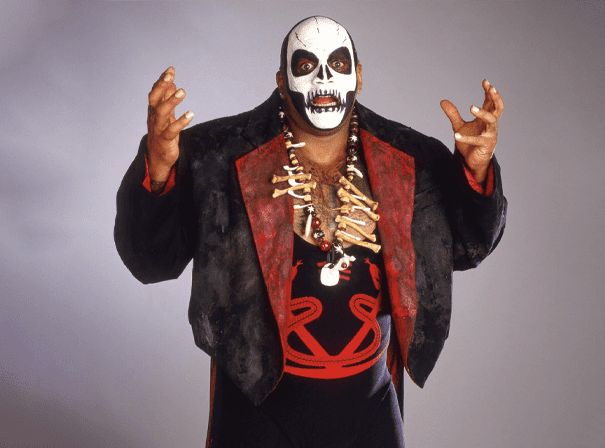