Charlie Benante is an American drummer and guitarist who is best known for being a member of six-time Grammy-nominated thrash metal band Anthrax and Stormtroopers of Death.

Born in New York, Benante first joined Anthrax in his early 20s, in 1983. Benante gained recognition for his electrifying stage presence and skill at playing both the drums and guitar. Over the past five decades, the band has become one of the most influential in the thrash metal scene, releasing several award-winning albums including Fistful of Metal, Spreading the Disease, Sound of White Noise, Worship Music and For All Kings. They have been nominated for six Grammys, including Best Metal Performance, and won numerous rock awards. Benante also previously formed part of crossover thrash band Stormtroopers of Death, contributing lead guitar to the band’s debut album Speak English or Die.

A truly creative mind, Benante has also shown a flair for graphic design and is responsible for designing many of Anthrax’s merchandise designs and unique album cover art. Benante is also a coffee aficionado, a topic he discusses with guests, often other musicians, on his YouTube show Talking Coffee With Charlie Benante. He recently partnered with Dark Matter Coffee to launch three of his own blends in a Dark Matter x Benante Blend collaboration.

Benante boasts over 200,000 followers across his popular social media profiles where he provides a glimpse behind the scenes of his rockstar lifestyle and frequently posts videos of performances with bandmates on his YouTube channel. 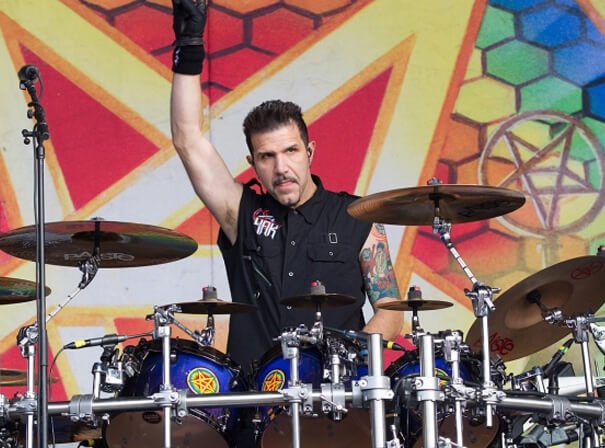