Charles Robert Coyle is an American professional ice hockey forward who currently plays for the National Hockey League’s Boston Bruins. He’s also been a member of the Minnesota Wild. In 2012, Coyle spent a single season with the Quebec Major Junior Hockey League’s John Sea Dogs. He was a member of the Boston University Terriers hockey team before being selected in the first round, 28th overall, of the 2010 NHL Entry Draft by the San Jose Sharks. He was traded to the Minnesota Wild in 2011 and spent the first six years of his professional career with them, before joining the Bruins in 2019.

Coyle was traded to the Boston Bruins on February 20, 2019, in exchange for Ryan Donato and a fifth-round pick in the 2019 NHL Entry Draft. Coyle struggled at first with the Bruins, but found consistency in time for the 2019 playoffs, centering the Bruins’ third line with Marcus Johansson and Danton Heinen and scored 9 goals and 16 points in 24 games.

The Bruins advanced to the 2019 Stanley Cup Finals, but were defeated in seven games by the St. Louis Blues. Coyle had nine goals and seven assists in the playoffs. He was named one of the Alternate Captains of the Bruins on February 1, 2020, upon his return to Minnesota with the Bruins. Coyle, who was in the final year of his contract, signed a six-year, $31.5 million contract with the team on April 6, 2021. Tony Amonte and Bobby Sheehan, both former NHL players, are cousins of Coyle. Jason Zucker, a former Wild teammate and current Pittsburgh Penguins left winger, is a good friend of Coyle’s. He keeps up with his fans on Twitter, where he boasts over 56,000 followers. 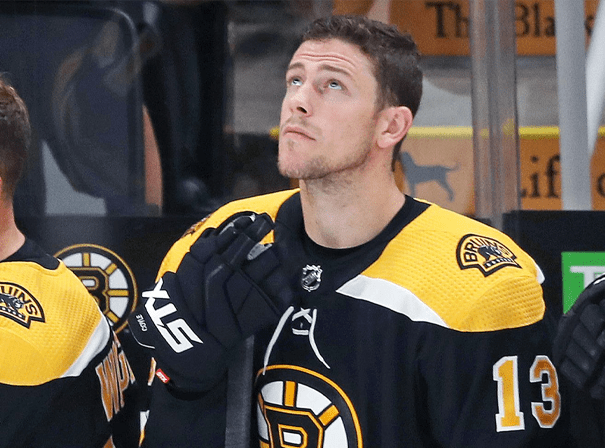