Charly Arnolt – better known to most by the ring name Charly Caruso – is famous for her five year tenure with WWE as a ring announcer and sportscaster. Caruso joined WWE in 2016 and stayed with the organisation until 2021 before joining ESPN as moderator and backup host on First Take with Stephen A. Smith and Max Kellerman. The glamorous and talented Caruso has also taken the world of social media by storm, amassing more than 831k followers on her Instagram account.

Caruso was born and raised in Indianapolis where she grew a passion for various sports as a child. Also a talented gymnast, Caruso had hopes to take part in the Olympics before retiring from the sport due to injuries. Despite this setback Caruso was destined to work in the world of sport, and after earning a degree in broadcast journalism from American University worked at various regional television stations including WXIN where she became an anchor and sports reporter in 2014.

In 2016 Caruso was invited to a WWE SmackDown show in Indianapolis and was later introduced to Michael Cole, the WWE Monday Night Raw play-by-play commentator who is also instrumental in hiring ring announcers. As soon as a door opened at WWE, Caruso jumped at the opportunity, and she soon made the main roster interviewing the biggest superstars of WWE and hosting events, shows and segments. Caruso has since joined ESPN and appears on SportsNation and other shows on the popular streaming service. 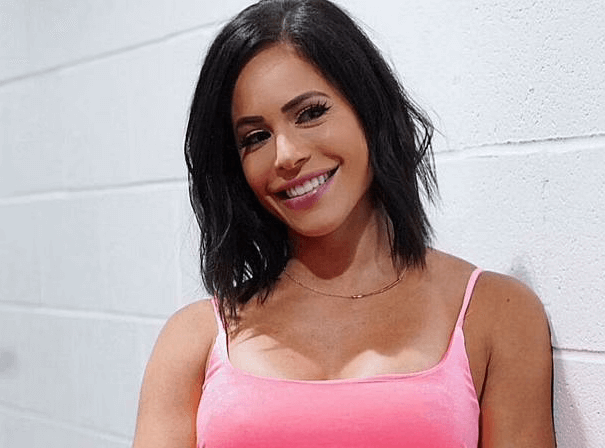