YouTuber and activist Chella Man is a leading voice of his generation, and is known as an actor for his performance in the DC Universe series Titans. Through his popular YouTube channel, Man communicates with his more than 250,000 subscribers, discussing issues including disability, identity and queer representation. He has been named one of GLAAD’s Out100, one of Queerty’s Pride50, and received a Shorty Award in 2019.

Born of Chinese and Jewish descent, Man was assigned female at birth and has since spoken of the gender dysphoria he experienced throughout his early years. During this time, he also progressively lost his hearing, and had cochlear implants fitted when he was in his teens. In 2017, he launched a channel on YouTube, where he posted American sign language translations of popular songs, as well as discussions about gender, disability and his personal life. He quickly established a loyal audience, who resonated with his honest and enlightening perspective from the intersection of Jewish, Asian, Deaf and transgender identities. The following year, he presented a TEDx talk, which sought to normalise conversations around gender issues for LGBTQ and disabled young people, and which has since racked up over a quarter of a million views.

Besides his speaking engagements and online content, Man has modelled for brands including American Eagle, Gap and Calvin Klein, and has appeared in the likes of Time Out, Bad Hombre and The Advocate. In 2019, he made his acting debut as Jericho in the DC Universe digital series Titans, playing a character who, like him, communicates using sign language. 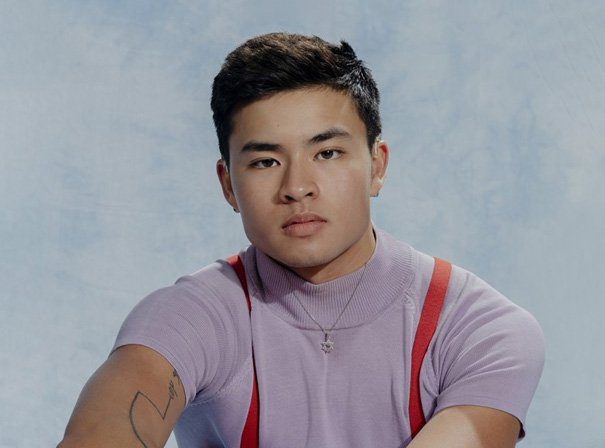