Award-winning Chelsey Reist is a popular Canadian actress best known for a variety of roles, including Harper in The CW’s The 100, Annie in the movie Benchwarmers 2: Breaking Balls, and Kelsey in the Canadian web series Narcoleap. Her most recent roles include Lydia Hayes in a pilot called Foragers and a role in a TV movie called My Husband’s Killer Girlfriend. She is massively popular on social media, especially Instagram where she is nearing the 300,000 follower mark. She also has a Cameo account, any proceeds from which she donates to charity.

Born in Edmonton in 1987, Reist got her first professional acting jobs in her early 20s, appearing in a variety of films and TV shows. One of her first big breaks came in 2010 when she became the presenter of a Canadian series called Discovering Great Towns. Her breakthrough role, however, came in 2014 when she was cast as Harper McIntyre in The 100, a post-apocalyptic drama made by the CW. The show won several awards and Reist appeared in over 40 episodes across five of its seven seasons.

After leaving The 100 in 2018, Reist found her next big role almost immediately, being cast as Kelsey Atkins, the star of Narcoleap, a drama in which Reist’s character jumps into other people’s bodies during bouts of narcolepsy. The role won Reist and the rest of the cast an ensemble award at the TO Webfest Awards and saw her nominated for two Leo Best Actress Awards. In 2021, she won her first solo prize: The June Award for Best Female Performance at the London Webfest Awards (for her performance in the short film Murphy’s Law). 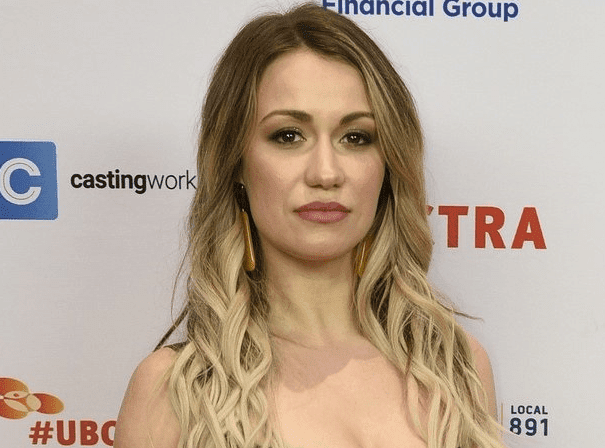